Please ensure Javascript is enabled for purposes of website accessibility
Log In Help Join The Motley Fool
Free Article Join Over 1 Million Premium Members And Get More In-Depth Stock Guidance and Research
By Christy Bieber - Mar 2, 2021 at 8:22AM

Here's how the program has changed over time.

Since President Franklin D. Roosevelt signed the Social Security Act in 1935, the program has been one of the most important sources of income for retirees. Still, many people don't really understand the nuances of it or how it's changed over time.

Specifically, there have been three big shifts you may not be aware happened but that could have a profound impact on the money you receive from this nearly 86-year-old entitlement program. 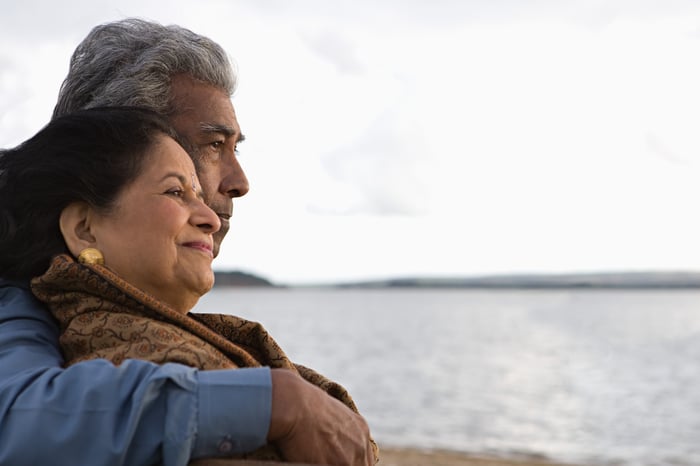 The biggest change to Social Security since its inception, and the one impacting the majority of retirees, occurred as a result of 1983 amendments. It was a change to the full retirement age (FRA), which is the age you become eligible to receive your standard benefit. Claiming before FRA results in early filing penalties that permanently reduce monthly income.

Full retirement age was originally set at 65. But the 1983 amendments gradually moved FRA back for those born in 1943 or later. And for those born in 1955 or after, FRA is actually moving up slowly from 66 to 67, with anyone born in 1960 or later not eligible for their standard benefit until 67.

For those who still think of 65 as the standard age of retirement, this big change to Social Security could mean you must either wait longer than planned to claim benefits or accept a permanent reduction in the size of your checks due to early filing penalties.

2. A portion of benefits became taxable for some recipients

The 1983 amendments also ushered in another change. Originally, Social Security benefits weren't taxable. But because of these amendments, up to 50% of Social Security income became subject to federal income tax starting in 1984.

While this tax initially applied only to high earners, the income thresholds at which it kicks in weren't indexed to inflation. That's resulted in a growing number of retirees owing taxes on benefits. In fact, as many as 50% of seniors now give a cut of their checks to the IRS.

And in 1993, another change was made. This time, up to 85% of benefits became taxable, once countable income hit a specific higher threshold. Again, this wasn't indexed to inflation, so over time, more and more Americans will start to pay taxes on the majority of their benefits.

3. Eligibility for benefits was expanded

While the above two change were bad news for many retirees, there were some good changes, too. Specifically, in 1939, survivors benefits were added to the program. This meant spouses and children of deceased recipients could receive some money.

In 1956, disability benefits also became part of Social Security, providing an important lifeline for people who developed long-term ailments that left them too sick to work.

Although it's been decades since these changes broadened eligibility for Social Security, many people still don't know exactly how survivors benefits work or how to maximize the income a spouse receives after being widowed. Decisions you make when claiming your own retirement checks could have a profound impact on survivors benefits, so it's a good idea to study up on this.

Most of these changes were made a long time ago, and knowing about them allows you to make more-informed choices about when to claim your own benefit and what your obligations to the IRS may be.