Please ensure Javascript is enabled for purposes of website accessibility
Log In Help Join The Motley Fool
Free Article Join Over 1 Million Premium Members And Get More In-Depth Stock Guidance and Research
By Maurie Backman – Jun 15, 2021 at 5:36AM

Before you plan on delaying your benefits, make sure that's actually doable.

Most seniors on Social Security sign up for benefits before the age of 70, and the most popular age to sign up is 62. But if you're willing and able to be patient, you'll be rewarded financially if you claim benefits at age 70.

You're entitled to your full monthly benefit, based on your earnings history, at what's known as full retirement age, or FRA. FRA is either 66, 67, or 66 and a specific number of months, depending on the year you were born.

If you claim benefits ahead of FRA, they'll be reduced on a permanent basis. But if you delay your filing beyond FRA, your benefits will increase by about 0.66% a month, or 8% a year, up until you turn 70, at which point there's no financial incentive to postpone your claim. 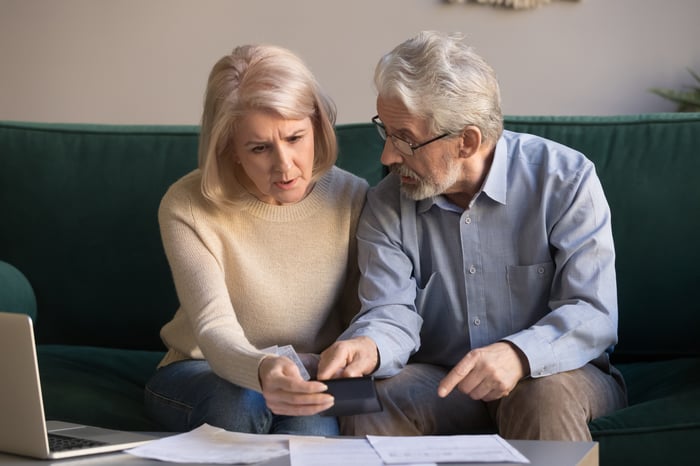 Clearly, there's lots to be gained by signing up for Social Security at age 70. But here's why it could pay to take benefits much earlier.

Will you be forced into early retirement?

Many people retire early by choice. But surprisingly, 48% of seniors end up leaving the workforce sooner than planned, according to the Employee Benefit Research Institute.

For some people, it's a matter of being downsized out of a job. For others, it boils down to winding up in poor health and being unable to continue working. And then there are those who have to end their careers early to become caregivers for loved ones.

But either way, if you're forced to wrap up your time in the workforce sooner than planned, then claiming Social Security could be the one thing that spares you from going into debt. And for that reason alone, it's worth not waiting until 70.

Of course, if you've saved a nice amount of money for your senior years and can afford to pay your living expenses based on retirement plan withdrawals alone, then you may be able to hold off on claiming Social Security until age 70 even if you wind up retiring earlier than you want to. That way, you can grow your monthly benefit and enjoy that higher monthly payout for life.

But a lot of people don't save enough on their own to cover their bills with the money in their IRAs or 401(k)s. And if you're forced to retire early and need income outside of your savings, then you may have to sign up for Social Security long before your 70th birthday arrives.

Of course, it pays to hold off on taking benefits for as long as it's feasible, because the earlier you claim them, the less money you get from Social Security each month. If, for example, you're somehow able to wait until at least FRA to sign up for benefits, you'll at least avoid shrinking them in the process, even if you don't manage to snag the boost that comes with filing at 70.

Prepare to file before age 70

There's nothing wrong with hoping you'll manage to delay your Social Security filing until the age of 70. But don't be shocked if that doesn't happen.

Like many seniors, your plans to stay in the workforce might have to change, and if you're forced out early, you may have to roll with it -- and take your benefits to avoid landing in a heaping pile of debt.