It's no secret that the cost of living has gone up in recent months. Everything from groceries to gasoline is more expensive now than it was earlier on in the year, and we can thank inflation for that.

Though inflation is a normal occurrence, the reason it's been hurting consumers lately is that it's been happening at a more intense rate than normal. But while rampant inflation may be causing consumers financial stress, it could also result in a huge windfall for Social Security recipients next year. 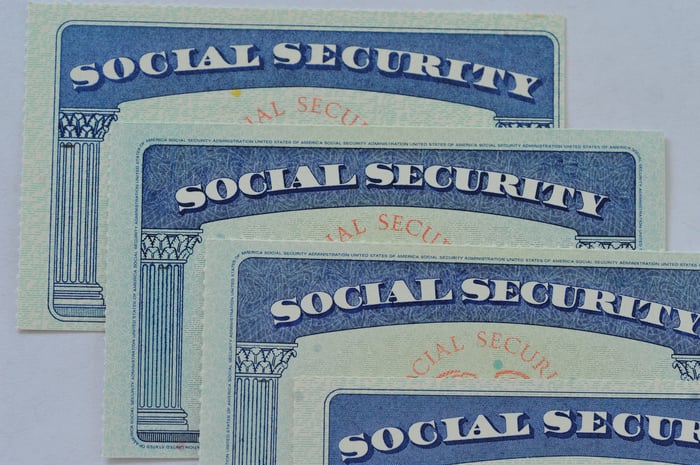 Each year, seniors on Social Security are entitled to a cost-of-living adjustment, or COLA. Now to be clear, COLAs aren't guaranteed, and there have been plenty of years when COLAs have amounted to a big fat $0. And in recent years, COLAs have been far from generous. But 2022 is shaping up to be different thanks to recent inflation.

On Sept. 14, the Consumer Price Index for Urban Wage Earners and Clerical Workers (CPI-W) released its August data, which showed a 5.3% year-over-year increase in the cost of common goods and services. And now, the Senior Citizens League is estimating that Social Security recipients will be line for a 6% to 6.1% COLA come next year.

Of course, we won't officially know what next year's COLA looks like until we receive CPI-W data from September. That's because COLA calculations hinge on third quarter data from that index, and as of now, we only have two-thirds of that puzzle. But even if inflation cools off in September, it's still fair to assume that next year's Social Security raise will be the largest seniors have seen in a very long time.

Making that most of that extra money

Many seniors get the bulk of their income from Social Security, which actually isn't a good thing. The average beneficiary today gets just $1,557 a month, which doesn't give seniors a whole lot of buying power.

If 2022's COLA ends up amounting to 6%, the typical senior will see a monthly increase of roughly $93. But that doesn't mean the average senior will gain $93 a month in spending power.

For one thing, Medicare Part B costs could climb next year, which could eat away at part of that COLA. Also, seniors, like all consumers, are paying more for everyday essentials, so much of that extra money will likely be spent covering things like food purchases.

Still, seniors who are heavily reliant on Social Security may finally have an opportunity to sock away some amount of their COLA in the bank to build themselves a financial cushion. And given that future COLAs could shrink from next year's anticipated level, that would certainly be a wise thing to do.

At this point, we can't rule out the possibility of Social Security benefit cuts once the program's trust funds run out of money. That could occur as early as 2034 as per the latest Trustees report. And so seniors who get most of their income from Social Security should aim to bank as much of it as they can next year if the opportunity presents itself.