Don't be so down on Social Security. It's not going away anytime soon.

A lot of people are of the opinion that Social Security won't be there for them in retirement. On the one hand, that's not necessarily such a bad thing. If you buy into that line of thinking, it may inspire you to work harder to build savings of your own, which is an important thing to have for your senior years.

But in reality, you shouldn't be so quick to write off Social Security. Here's why the program is more reliable than you might assume. 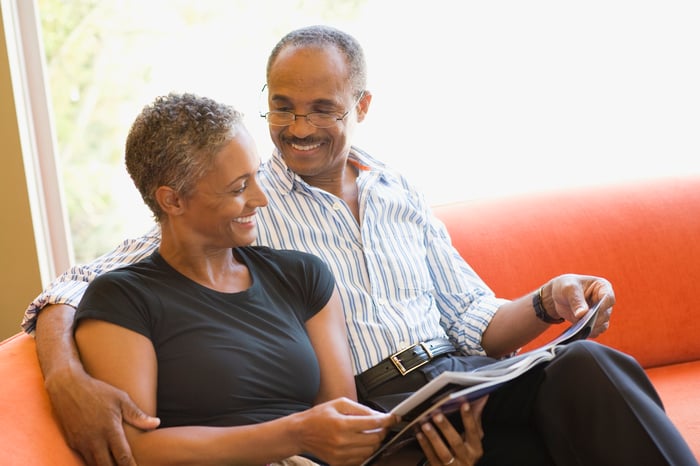 1. It's funded by payroll taxes

Social Security's primary source of revenue is payroll taxes -- the taxes we all have to pay on some or all of our earnings. Many people think that Social Security is in the process of going broke. But as long as we still have a workforce and keep imposing payroll taxes, the program will have a steady stream of funding.

2. It actually has cash reserves

Social Security hasn't just let all of its money go to waste. Rather, the program has cash reserves known as trust funds that it can tap in the coming years as it begins to experience more of a revenue crunch.

Thankfully, Social Security can tap its trust funds until they run out of money. And while the program's Trustees anticipate that happening in 2034, at least it buys Social Security some time to keep benefits steady before reductions become a possibility.

3. There are options for boosting its revenue

While Social Security may have an incoming revenue shortage to grapple with, there are steps lawmakers can take to shore up the program's finances. For one thing, they can raise payroll taxes.

Right now, workers pay a 12.4% Social Security tax on their earnings. For salaried folks, that's split evenly with employers, while the self-employed cover the entire 12.4% themselves.

Nobody wants to pay higher taxes. But it's an option that could be implemented, if needed.

Also, each year, there's a wage cap that limits the amount of income workers pay Social Security taxes on. This year, it's $142,800. Raising the wage cap -- or even eliminating it altogether -- could work wonders for the program's finances.

It's easy to get down on Social Security, but in reality, you shouldn't be too quick to assume that you'll get nothing out of it once you retire. At the same time, though, it certainly wouldn't hurt to do what you can to boost your savings, whether it means maxing out your IRA every year or ramping up your contributions to your 401(k) plan.

Even if Social Security holds steady, it still shouldn't be your sole source of retirement income. The more you're able to save on your own, the more financially stable you're apt to be once your career comes to a close.