Millions of seniors routinely rely on Social Security to cover many of their retirement expenses. Ideally, you'll be kicking off your golden years with money outside of Social Security -- perhaps a pension, or a nest egg housed in an IRA or 401(k) plan.

But either way, your goal may be to get as much money out of Social Security as possible. And one key move on your part could prevent you from slashing your benefits by 30% on a permanent basis. 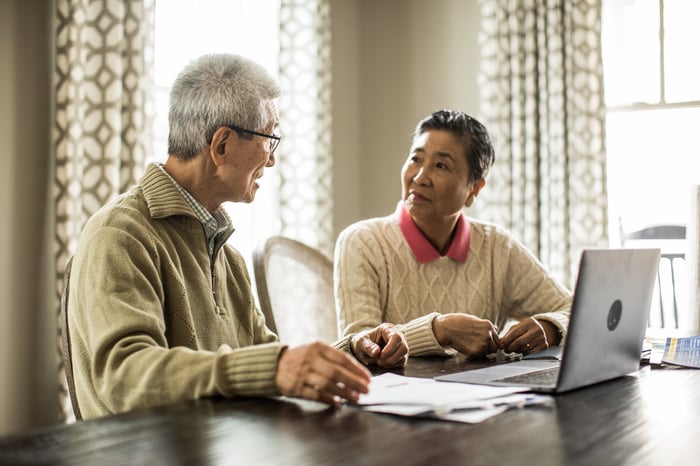 Being patient can really pay off

Many seniors rush to claim Social Security at age 62 because that's the earliest age to sign up for benefits. But if you file the moment you're able to, your benefits will take a serious hit -- for life.

See, you're not entitled to your full Social Security benefit until you reach what's known as full retirement age, or FRA. FRA hinges on your year of birth, as follows:

If you file for Social Security at age 62 with a FRA of 67, your monthly benefit will shrink by 30%. And unless you manage to undo your filing (a tricky process that involves repaying all the money you received in Social Security within 12 months of your initial claim), you'll be stuck with that lower benefit for life.

Here's how that might play out. Say you're entitled to $1,559 a month in Social Security, which is what the average beneficiary receives today. If you're eligible for that $1,559 at age 67 but you claim benefits at 62, you'll receive $1,091 a month instead.

That reduction may not be a big deal if, say, you're sitting on a $2 million nest egg and have the option to take large withdrawals from it. But if Social Security is your primary source of retirement income, then cutting your monthly benefit by $468 is probably something you don't want to do. On an annual basis, that means reducing your income by $5,616.

Of course, some people have no choice but to file for Social Security as early as possible. If you lose your job in your early 60s, claiming benefits at 62 may be your only option for paying your bills. Similarly, if health issues push you out of the workforce, taking benefits at 62 could become essential, whether you want to file early or not.

But if you have the ability to avoid claiming your benefits early, it could really pay to wait until FRA to file. Doing so could lead to a lot more financial security for many years.

In fact, in some cases, it could pay to delay your filing beyond FRA. For each year you hold off, your benefit will grow 8%.

There's no sense in delaying your filing past age 70, because at that point, you can't raise your benefit any more. But if you've landed in a situation where you'll depend heavily on Social Security, then it pays to not only avoid a 30% reduction in benefits, but also to set yourself up for as large an increase as possible.