Here's how much your nest egg might grow if you give yourself enough time to save.

You've probably been told at some point not to rely too heavily on Social Security during retirement. That's because those benefits are only designed to replace about 40% of an average earner's wages.

Most seniors, however, need more like 70% to 80% of their former income to not only live comfortably, but enjoy retirement to the fullest. And the way to pull that off is to build a nest egg by putting money into an IRA or 401(k) plan.

But what if you're an average earner and can only afford to contribute so much money toward retirement? If you have a 401(k), for example, which currently maxes out at $19,500 for workers under 50 and $26,000 for those 50 and over, hitting those limits can be tough if you don't earn a six-figure income. 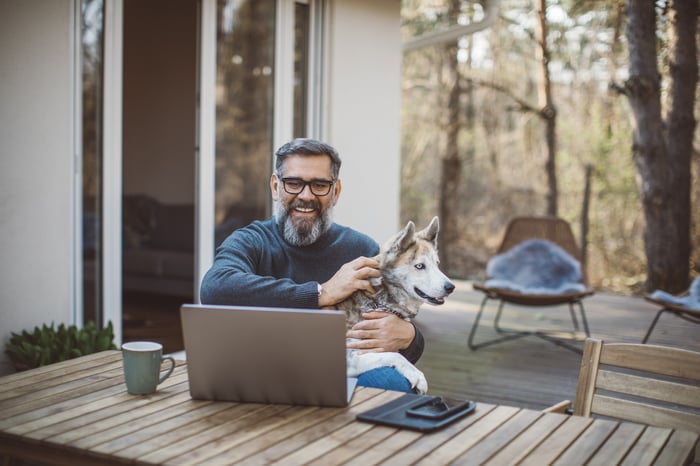 But here's some good news in that regard. You don't need to earn a bundle of money to build a solid nest egg for retirement. All you really need to do is start saving for that milestone from a young age.

The key to accumulating wealth

For the latter, that means loading up on stocks in your IRA or 401(k). Though bonds are safer, they can't be expected to deliver the same generous returns as stocks. And while they're a more suitable investment during retirement, during your working years, going heavy on stocks is a better bet.

In fact, let's assume you assemble a stock-focused portfolio that delivers an average annual 8% return. That's a bit below the stock market's average, and it accounts for years when the market both overperforms and underperforms. Based on that, here's a chart illustrating how much of a nest egg you can build by socking away $400 a month over different savings windows: 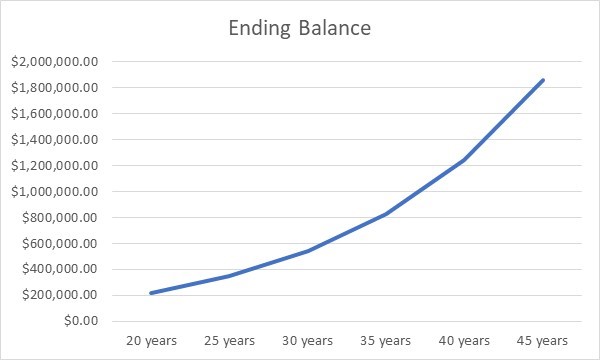 As you can see, if you give yourself 20 years to save $400 a month for retirement, you might end up with a little over $200,000. That's not exactly a negligible amount of money, but it's also not a ton of cash over what could be a 20-year retirement or longer.

On the other hand, if you give yourself 40 years or more to sock away that $400 a month, you could end up with well over $1 million. In fact, if you basically save $400 a month for your entire career, you'll be looking at a total nest egg of roughly $1.86 million if you're able to snag an average annual 8% return. And while eking out that $400 in monthly savings may not be easy on an average salary, it may be more than doable if you're willing to make some adjustments to your lifestyle.

It's easy to let retirement savings fall by the wayside when life's expenses get in the way. But the sooner you begin funding an IRA or 401(k) plan, the more opportunity you'll have to build a substantial amount of wealth -- even if you can't get close to maxing out your retirement account.

Planning for Retirement? These Mistakes Could Leave You Miserable