You'll often hear that saving for retirement on your own is important. The reason? Your senior living costs may end up being more expensive than you bargained for, and your Social Security benefits may not have the capacity to cover the bulk of them.

In fact, if you're an average earner, Social Security will only replace about 40% of your pre-retirement wages. Most seniors, however, need more like 70% to 80% of their former earnings to pay their living expenses and have enough money left over to maintain a comfortable lifestyle.

You have several choices when it comes to saving for retirement. You could open an IRA and send money into that account regularly or sign up for your employer's 401(k) plan and have contributions deducted automatically from your paychecks. But no matter which type of account you choose to save in, be sure to avoid one major mistake that could cost you hundreds of thousands of dollars in retirement savings. 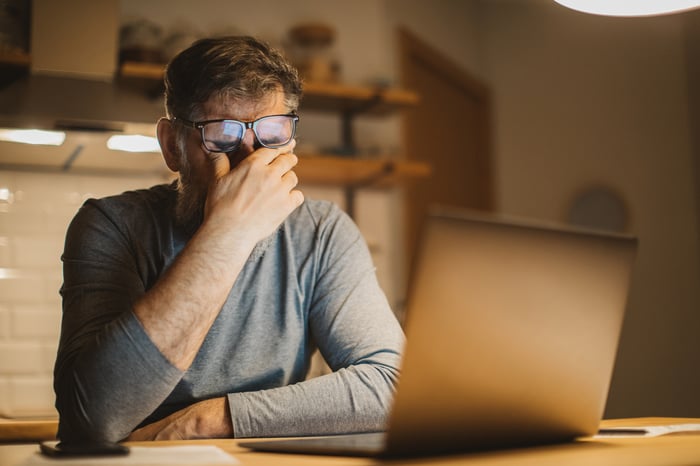 Don't get started too late

Many people put off retirement savings during the early part of their careers. The logic there is that retirement is many years away, whereas other pressing concerns and goals, like paying down debt and saving to buy a home, should take priority. But if you wait too long to start funding your nest egg, you could end up losing out on a sizable amount of money -- enough money to make or break your retirement.

In fact, let's imagine you're able to sock away $400 a month in a retirement plan over 40 years at an 8% average annual return. That return is a bit below the stock market's average and is a reasonable return to work with for a decades-long investment window. At the end of the day, you'll have a rather impressive $1.24 million.

Watch what happens if you delay your savings efforts for 10 years. If you sock away $400 a month over 30 years at an 8% average annual return, you'll end up with about $544,000. That's obviously still a pretty large number. But it's also about $700,000 less than the amount you'd end up with had you started saving a decade prior.

And therein lies the danger in delaying your retirement savings efforts too long. You might think you're not depriving yourself of that much money. But when you consider those lost years of investment growth, the difference can be really substantial.

In this example, waiting 10 years to start saving means putting $48,000 less into your retirement plan. But the reason you wind up with $700,000 less boils down to missed opportunities on the investment-growth front.

If you're going to make an effort to build yourself a nest egg, aim to do so from an early age -- ideally, as soon as you start collecting a paycheck. Carving out money for a retirement plan may involve some sacrifice, especially when you're younger. But it's a move you'll be more than grateful for when you're older.