Please ensure Javascript is enabled for purposes of website accessibility
Log In Help Join The Motley Fool
Free Article Join Over 1 Million Premium Members And Get More In-Depth Stock Guidance and Research
By Dan Caplinger - Apr 21, 2013 at 10:10AM

Many people are jumping to alarmist conclusions based on new proposals. 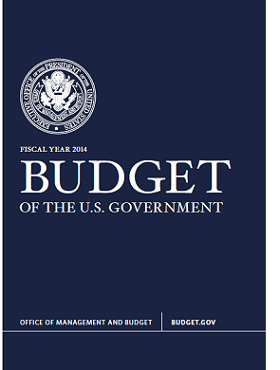 Why people think confiscation is possible
The provision in the Obama budget calls for tax laws to "prohibit individuals from accumulating over $3 million in tax-preferred retirement accounts." Specifically, the budget refers to a complicated formula that involves figuring out how much money a person would need in order to buy an annuity contract that would guarantee annual payments to retirees of $205,000 for the rest of their lives. The proposal would raise $9 billion over the next 10 years, according to the budget's forecast.

Immediately, many analysts jumped to the conclusion that the provision might involve actually taking away money from retirement accounts. CNBC's Larry Kudlow described the measure in a special editorial in the New York Sun as an "incredible and arbitrary limit or tax on -- or even possible confiscation of -- IRA-type tax-advantaged savings account [emphasis added]."

Past confiscation fears
Constitutionally, the idea that the government could simply confiscate your retirement savings without compensation goes directly against the due process and takings clauses of the Fifth Amendment. More skeptical analysts will note that retirement accounts make up trillions of dollars in assets that major banks Bank of America (BAC -1.71%) and Wells Fargo (WFC -0.79%) and many other major financial institutions use to drive profits, giving them a huge incentive to use their political power to ensure that those assets don't disappear instantaneously.

Yet this isn't the first time that the issue of confiscation has come up. Even before President Obama was elected, Congress looked at a proposal to replace 401(k) plans with government-managed retirement accounts. Under the plan from Prof. Teresa Ghilarducci of the New School's Schwartz Center for Economic Policy Analysis, these accounts would have had savers contributing 5% of their pay to a government-run retirement plan that would invest in bonds paying a fixed, guaranteed return over the rate of inflation. Ghilarducci's plan did not propose confiscation, and as she described in an interview with Seattle talk show host Kirby Wilbur at the time, "Whatever you have in your 401(k) now will keep its tax break."

Moreover, historians point to the 1933 executive order that required individuals to deliver gold coins, bullion, and certificates to banks in exchange for regular currency at a rate of $20.67 per ounce as being functionally equivalent to confiscation. With the government proceeding to devalue the dollar to $35 per gold ounce the following year, those who complied with the order suffered a substantial loss of purchasing power. Indeed, many gold investors use that same argument in arguing against bullion ETFs SPDR Gold Trust (GLD 0.07%), iShares Gold (IAU 0.03%), and iShares Silver Trust (SLV -0.99%), preferring instead to take physical possession of their gold and silver to ensure its safekeeping themselves.

Jumping to conclusions
Even though the Obama budget lacks details on what exactly would happen with retirement accounts that hold assets above the $3 million limit, the most likely scenario is one in which existing accounts would be grandfathered, with restrictions applying only on future contributions. That by itself may be bad enough to alarm those striving to provide their own retirement in the face of a weakening Social Security and pension system, but at least for now, fears of outright confiscation are unwarranted.