The 2014 midterm elections are over, and the Republican takeover of the Senate has many analysts considering the potential impact on Social Security benefits. With almost 60 million Americans receiving some form of Social Security, concerns about potential cuts to the retirement and disability program have many people worried about whether they can expect to hang on to their current benefits.

Despite the shift in power in the Senate, though, it's unlikely that we'll see some of the outlandish proposals from some policymakers actually enacted into law. Even if some changes do get made to Social Security, the probability that they'll have a dramatic impact on your Social Security benefits is low -- and they might actually enhance benefits in some cases.

Yet the political realities of the situation haven't changed as much as many people believe, especially given the past ability of Washington gridlock to endure regardless of which parties have control on Capitol Hill and in the White House. The same filibustering techniques that minority parties have used in the past will still be available to stop legislation from getting through the Senate, and even if proposals make it through both houses of Congress, the Republicans don't have a sufficient margin of control to guarantee their ability to override a presidential veto.

Moreover, despite some of their benefit-cutting proposals, some Republicans owe their victory at least in part to campaign strategies that emphasized the value of preserving Social Security benefits. Republican campaign ads in key states like Georgia, Arkansas, Colorado, and North Carolina highlighted the importance of preserving Social Security as a reason to support Republican candidates over their Democratic rivals. One oft-cited survey from the National Academy of Social Insurance showed the bipartisan importance of avoiding benefit cuts, with nearly 70% of Republicans agreeing that Social Security tax increases would be acceptable if it meant preserving benefits. It will therefore be tough for Congress to get much momentum behind major benefit cuts, especially given the aspirations of both parties to win the presidency in 2016. 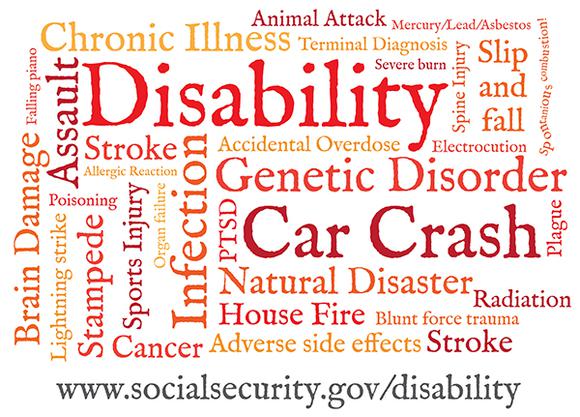 On one hand, the Disability Trust Fund crisis presents a trial-run opportunity for government officials to bring some of the big-picture issues of Social Security funding into the open. With a smaller amount of money at stake, contentious debates could be less extreme, and it could be easier to create a framework that lawmakers could use in the future when the Old Age and Survivors Trust Fund comes closer to running out of money.

Yet what appears more likely to happen is a simpler solution that resolves the immediate problem but avoids some of the deeper issues. If money is effectively transferred between the two trust funds, then both retirement and disability benefits could last until 2033. This would at least ensure that recipients of disability benefits won't face devastating financial consequences, but it wouldn't even begin to address the long-term funding needs of both programs.

The widespread fear of draconian benefit-slashing is overblown. In all likelihood, Social Security recipients can count on the same lack of headway in making any major changes to the program for at least the next two years.