In fact, they could eliminate all of your federal income taxes.

Tax deductions can be a big deal. And there's no reason for you to feel guilty for taking advantage of them: They were put in place by legislators to encourage behaviors that are largely considered pro-social -- like donating to a charity or raising a family.

It's a shame more families don't realize they could easily qualify for larger tax breaks. 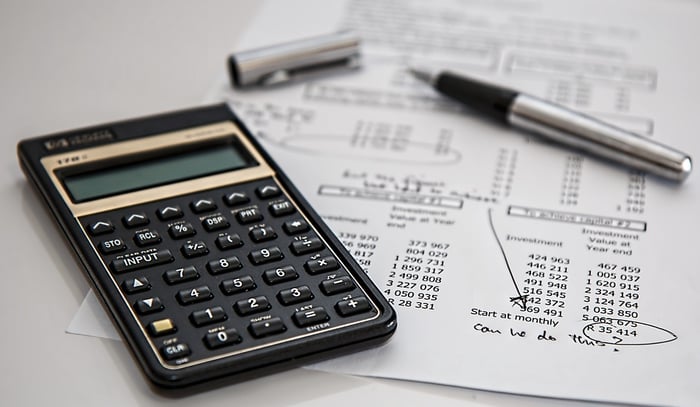 Consider a household pulling in about $80,000 a year with a husband, wife, and two children. If this family takes the easy route and simply takes the standard deduction, and one exemption for each member of the family-they'll still be left with almost $50,000 in taxable income.

When all is said and done, this hypothetical family would owe about $6,700 in federal income taxes. But if they took full advantage of the three tax breaks I'm introducing here, then their bill could drop all the way to $0.

Of course, not every family will be able to do this, as it requires a level of saving that few realize. The bigger point is to see how these three, even if used incrementally, can help reduce your bill come next April.

Not everyone will qualify to take part in an HSA, but those who are can reap a number of benefits. Unlike money in a Flexible Spending Account for healthcare, money that you put into your HSA doesn't disappear at the end of the year; you get to keep it until you use the money for a qualified medical expense.

In order to qualify for an HSA plan, however, you need to have a high-deductible insurance plan. For 2016, that means single filers must have a minimum deductible of $1,300 and maximum out-of-pocket expenses of $6,550. For families, those levels are $2,600 and $13,100, respectively.

I've also written extensively on how an HSA can be one of the best vehicles for saving for retirement as well, if used properly. For our family in question, if the HSA contributions are maxed out, it would reduce their taxable income by another $6,750.

Social Security is in a tenuous position where benefits will likely be reduced down the road due to a lack of funding, while private-company pensions are disappearing. Therefore the government is encouraging Americans to take charge of their own retirement savings by allowing us to use a number of tax-advantaged savings accounts.

Some of the best options are company-sponsored 401(k), 403(b), and 457 plans. All contributions to these retirement plans are tax-deferred -- meaning you pay no taxes now, and the government will only take its slice when you actually use this money in retirement.

For our featured family, this means that up to $36,000 could be deducted from their income, assuming the husband and wife both work and max out their retirement plans. Again, it's unlikely that many families can actually contribute at such levels. But the bigger point is that contributing will not only help lower your tax bill now, but give you a jump-start on saving for retirement.

When was the last time you did a thorough spring cleaning? If you're anything like my family -- and millions of other households throughout America -- then you have your fair share of "stuff" that you no longer need. By cleaning out your home and bringing these items to a charitable organization like Goodwill, The Salvation Army, or any number of shelters, you can significantly reduce your tax bill.

By law, you can deduct up to 50% of your adjusted gross income (AGI) for donations to most public charities (schools, hospitals, etc.) and private operating foundations. In order to claim the deduction, you must have a receipt for your donations with a calculation of the fair value of everything you've donated. Note, however, that this only really helps if you itemize your deductions, instead of taking the standard deduction.

If you're donating countless items whose fair value is difficult to calculate, TurboTax has an app that makes the process considerably easier.

The family in our example will have an AGI of $37,250 ($80,000 annual income, minus the maximum HSA and 401(k) contributions). This means that they can donate up to $18,625 worth of stuff and deduct all of it from their income. Of course, that would require a pretty serious level of giving, but you don't need to reach that level to enjoy the tax benefits of charitable giving.

For those who are curious, the couple in question could actually contribute as little as $13,000 to their 401(k)s and still reach a federal income tax bill of $0, assuming they max out their charitable contributions.

Brian Stoffel has no position in any stocks mentioned. The Motley Fool owns shares of and recommends Intuit. Try any of our Foolish newsletter services free for 30 days. We Fools may not all hold the same opinions, but we all believe that considering a diverse range of insights makes us better investors. The Motley Fool has a disclosure policy.