Most investors know that trying to borrow from your IRA is a no-no. Most financial institutions that handle IRAs don't even let you try, and even if you found one that did, trying to get an advance from your IRA or use its assets as collateral would violate the IRA rules and get you in lots of trouble. The consequences are huge, as you're treated as having withdrawn the money you've borrowed and have to pay taxes and penalties on that deemed distribution.

But there's a completely legal way that you can tap your IRA assets for a short-term loan without triggering the rules against prohibited transactions. By using an IRA rollover, you can buy yourself a short period of time during which you can use IRA assets for whatever you want. Before you use this method, you need to understand exactly what the requirements are and get up to date on some recent developments that make it even harder to use rollovers to borrow from your IRA. 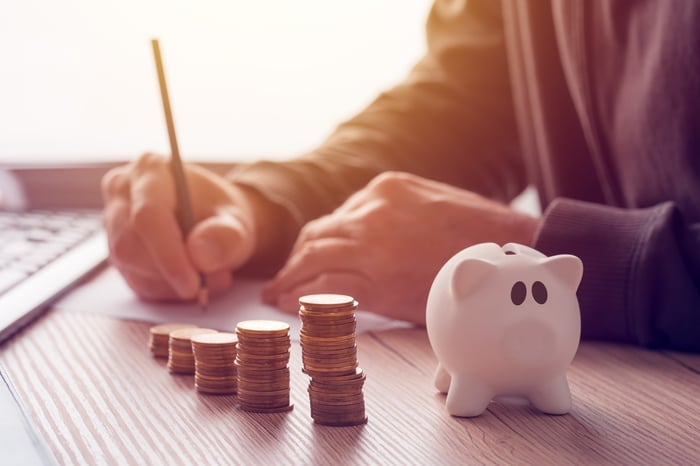 How rollovers let you borrow from your IRA -- legally!

The idea behind an IRA rollover has nothing to do with borrowing money. What the IRA rollover is supposed to let you do is to make it easier to move money from one financial institution to another. The tax laws actually provide two ways of accomplishing that task, with direct transfers being the favored method. A direct transfer involves IRA money going straight from one institution to another without your ever getting hold of the money yourself, and it's the simplest way of moving IRAs from place to place.

Rollovers work differently from direct transfers, in that you actually take possession of your IRA funds. With a rollover, you take money from one retirement account. You then have 60 days in which you can either put the money into another IRA or redeposit it in the original IRA. If you miss the deadline, then it will once again be treated as a deemed distribution with taxes and penalties.

Rollovers also have extra benefits that most loans don't. Most of the time, financial institutions try to impose withholding requirements when you take money out of a retirement account. But you can elect out of having money withheld from your rollover distribution, thereby preserving the full amount for your use.

Even better, rollovers don't require that you pay interest for the period when you have the funds. Essentially, then, rollovers give you interest-free use of your retirement money for that 60-day period.

Unfortunately, rollover rules just got a little trickier. There has always been a rule that said that you could only do one IRA rollover in any 12-month period. Yet until recently, most people understood the requirement to apply to each IRA individually, meaning that if you had two different IRAs, you could do a total of two rollovers -- one from each IRA -- in any given year.

A recent court case, though, found that some taxpayers were abusing the rules. As a result, effective as of the beginning of 2015, the IRS has said that you can only make a single rollover from any IRA every 12 months, no matter how many IRAs you own.

Still, this new stricter one-per-year rule only applies to rollovers between two IRAs. It doesn't affect direct transfers, and more importantly, it doesn't limit rollovers between IRAs and employer-sponsored retirement plans, nor does it prevent you from doing multiple rollovers in converting traditional IRAs to Roth IRAs.

IRA rollovers don't technically involve borrowing from your IRA. But as a way to tap your retirement funds for short-term cash needs, a rollover can work well -- as long as you follow the rules to the letter.

If you still have questions, or you just want to learn more about the ins and outs or IRAs, we have lots of resources available for you at our IRA Center.

Borrow From Your IRA! @themotleyfool #stocks $SPY Next Article
Current