Since you've put off filing this long, you may as well take the time to read this.

In case you weren't aware, this year's tax filing deadline is rapidly approaching. You have until April 17 to submit your 2017 return, and if you've been procrastinating, it's time to get moving. Here are some tips to help the process along.

1. Decide whether you'll be itemizing

Though itemizing on a tax return is more involved than claiming the standard deduction, it could pay off. To determine whether it makes sense to itemize, see if your individual deductions exceed the standard deduction for 2017, which is $6,350 for single tax filers and $12,700 for married couples filing jointly. Keep in mind that these numbers have nearly doubled for the 2018 tax year, which means that even if you itemize on your 2017 return, you might not opt to do so going forward. 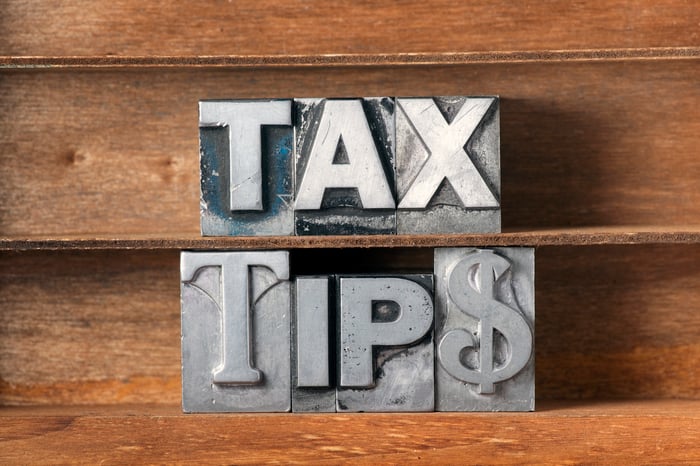 If you do decide to itemize on your 2017 tax return, you'll need to do a solid job of calculating your deductions rather than guessing at them. Otherwise, you risk raising a red flag with the IRS. So leave yourself enough time to comb through your records, dig through receipts, and figure out exactly how much you spent in different deductible categories. Round numbers tend to look suspicious to the IRS, so if you think you racked up $5,000 in eligible medical costs but aren't sure, you're better off calculating that total precisely rather than going with a number that's almost too round to be true.

If you're a salaried worker with no other income, then reporting your earnings is pretty easy. Those who receive income from various sources, however, whether it be freelance work or investments, tend to run into trouble when they neglect to report all of their earnings. So here's a firm but friendly warning: You're required to list all income you received last year on your tax return, and if you fail to do so, you're more likely to get audited. Remember that each time you receive a 1099 form listing income, the IRS gets a copy as well. Attempt to cover one up, and you could wind up in serious trouble -- even if it's that $40 in interest you thought you could sweep under the rug.

4. Read up on tax credits

Unlike tax deductions, which work by excluding a portion of your income from taxes, tax credits are a dollar-for-dollar reduction of your tax liability, which makes them quite valuable. There are a number of credits that could lower your tax bill and, in some cases, boost your chances of a refund, so it can pay to look into some of the more popular ones.

For example, the Earned Income Tax Credit could save you up to $6,318 on last year's return depending on your income and number of qualifying dependents in your household. Meanwhile, the Child Tax Credit gives you $1,000 back for each child in your household under the age of 17, provided your earnings aren't too high. (This credit has been expanded for the 2018 tax year to include higher earners. It has also doubled in value.) There are also tax credits available for students and their families, so do your research and see how much money you can eke out.

5. Check your return thoroughly for errors

If you've yet to file your tax return at this point, you're inevitably feeling a time crunch. But that shouldn't stop you from reviewing your return thoroughly. Fail to catch key errors, and you could wind up being audited or having your tax return rejected outright.

What sort of mistakes might you find? Math errors are common. But often, tax returns are rejected over more basic slips, like misspelling your name or listing the wrong one (which might happen if you're recently married or divorced), using the wrong filing status, or getting your Social Security number wrong. If you want to reduce your chances of a major blunder, file your taxes electronically. The IRS reports that the error rate for paper returns is 21%, whereas it's less than 1% for those filed electronically. And as a bonus, if you file electronically and are due a refund, you'll probably get it much quicker than you would with a paper return.

Filing taxes can be stressful, but it doesn't have to be. Leave enough time to complete that return before the deadline. The more you're forced to rush, the greater your chances of having something go disastrously wrong.