Be careful before you file a separate return.

Tens of millions of people are out of work, and millions more are doing their best to scrape by as the coronavirus pandemic's economic storm continues to rage. To help them, the federal government is in the process of sending stimulus checks to an estimated 150 million taxpayers nationwide. Most Americans will get a stimulus check, but there are exceptions. Most of those who don't get stimulus payments will get denied because of their incomes.

For married couples who'd otherwise be out of luck because of their combined income level, there's an option that could potentially give you a stimulus check. However, the strategy comes with a catch -- and that could easily cost you more in taxes than the amount of the stimulus payment. Below, we'll look more closely at why some married taxpayers are looking at filing separately -- and why it often doesn't make sense. 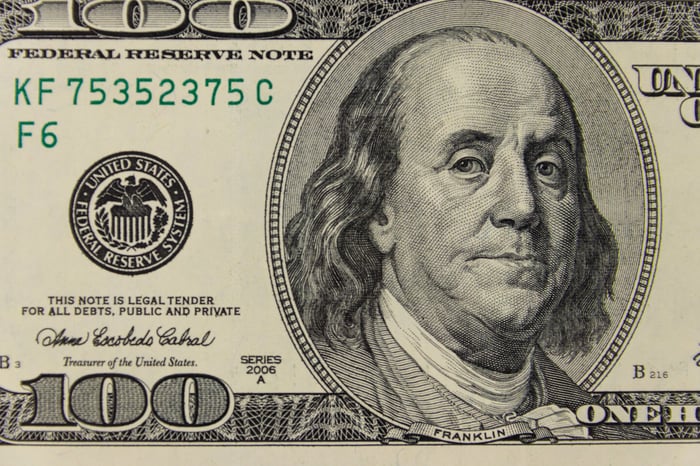 You'll find the rules for stimulus checks within the recently passed CARES Act. In general, adults who file individual returns -- single, head of household, or married filing separately -- can receive up to $1,200 in stimulus payments for themselves, plus $500 for each qualifying child under age 17. Joint filers can get up to $2,400 for themselves plus the same $500 per child extra.

Where things get tricky is that there are different income thresholds. For single filers and for married couples who file separately, the income phaseout begins at $75,000 of adjusted gross income. The corresponding amount for joint filers is $150,000. For those who don't have children, stimulus payments entirely go away for singles and separate filers making $99,000 or more, and joint filers making $198,000.

Filing separately to get a stimulus check

Because there are different phaseout levels, you can come up with situations in which joint filers might not get any stimulus payment at all, but if they filed separately, at least one spouse would. For example, say a couple with no children has a combined adjusted gross income of $250,000. The higher earner makes $200,000, while the lower earner brings in $50,000.

If the couple files jointly, then their combined $250,000 income will completely wipe out their stimulus payment. The $2,400 prospective payment is eaten away entirely by the phaseout provisions.

Obviously, $1,200 is better than $0, so some people are seriously contemplating filing separately. However, there's a catch, and it could cost you a lot more than $1,200.

Boosting your tax bill to get more stimulus

The problem with filing separately is that you can end up paying more in tax. That's because the brackets for separate filers are only half as big as those for joint filers.

Don't pay more to get less

Obviously, paying $3,265 to get $1,200 is a bad deal. More generally, the following guidance is typically true:

Making some tax planning moves can be a great way to maximize money coming from the federal government. Just be aware that things you do to capture one break might have negative consequences elsewhere. Keep that in mind, and you'll make the right decision.