Please ensure Javascript is enabled for purposes of website accessibility
Log In Help Join The Motley Fool
Free Article Join Over 1 Million Premium Members And Get More In-Depth Stock Guidance and Research
By Maurie Backman – Aug 13, 2020 at 8:31AM

The president is seeking to let workers defer payroll taxes -- but that may not apply to the self-employed.

The COVID-19 outbreak has spurred an extreme economic recession that's left millions of Americans without a job. It's also forced the closure of over 100,000 small businesses, with more potential damage yet to come.

It's for this reason that lawmakers are busy trying to negotiate a stimulus deal to follow the CARES Act that was signed into law in late March. But so far, negotiations have been slow and unproductive, and so last weekend, President Trump decided to take matters into his own hands. Specifically, he signed a number of executive orders, one of which is a temporary payroll tax holiday for employees who make $104,000 or less on an annual basis.

Normally, employees who work for other employers pay a 6.2% Social Security tax on up to $137,700 in annual earnings (this threshold changes from year to year). They also pay a 1.45% Medicare tax on all of their earnings. Meanwhile, their employers pay the same amount of tax on their behalf. 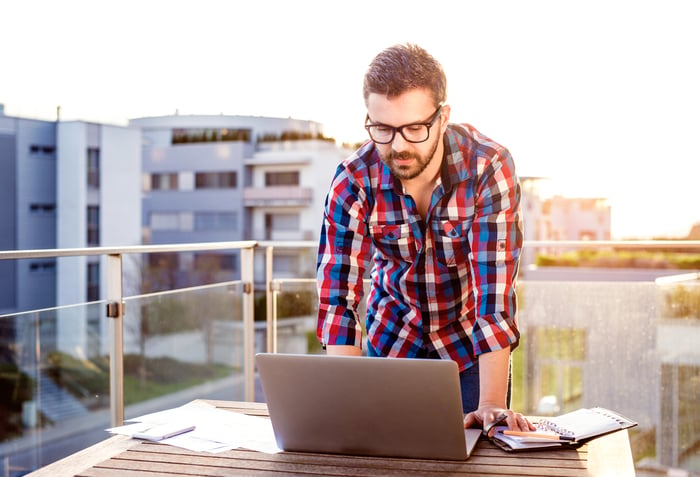 The self-employed may be left out in the cold

While people who work for other companies get the benefit of having their employers pick up the tab for half of their payroll taxes, self-employed individuals pay those taxes in full. As such, someone who's self-employed is liable for a 12.4% tax for Social Security purposes on up to $137,700 of earnings, and a 2.9% Medicare tax on total earnings. But the president's executive order did not specifically state that his proposed relief will be made available to self-employed workers -- a group that's struggled throughout the COVID-19 pandemic.

Of course, allowing self-employed individuals to defer those taxes could have negative consequences. Many self-employed people already struggle to estimate their taxes, since they're not privy to withholding the way regular employees are. If the self-employed are allowed to defer upcoming taxes -- meaning, not make their next estimated quarterly payment, which is due on Sept. 15 -- they could wind up with a huge burden come Jan. 15, 2021, the date 2020's fourth-quarter estimated taxes are due.

Then again, regular employees could land in a similar boat if they're allowed to defer payroll taxes only to then owe a lump sum at the end of the year or early next. It's for this reason that while the president's executive order may be well-intentioned, it could ultimately end up being overwhelmingly ineffective.