Please ensure Javascript is enabled for purposes of website accessibility
Log In Help Join The Motley Fool
Free Article Join Over 1 Million Premium Members And Get More In-Depth Stock Guidance and Research
By Maurie Backman – Sep 17, 2020 at 5:18AM

A near-term payroll tax change means you might see your take-home pay shrink next year.

Millions of Americans have been desperate for relief in the wake of the COVID-19 pandemic. While the coronavirus relief bill passed in March offered some help, it's been months since its stimulus checks went out. Meanwhile, unemployment is still disturbingly high and our economic recession rages on.

To provide some relief, President Trump signed an executive order calling for a payroll tax deferral from September of December of 2020 for workers earning up to $104,000 per year. During this time, the 6.2% payroll tax that's normally taken out to fund Social Security won't be applied to worker paychecks (assuming their employers adopt the deferral; some companies aren't), which means you may have more take-home pay to look forward to between now and the end of the year.

But don't get too comfortable with that extra money. Your paychecks may get a lot smaller in 2021. 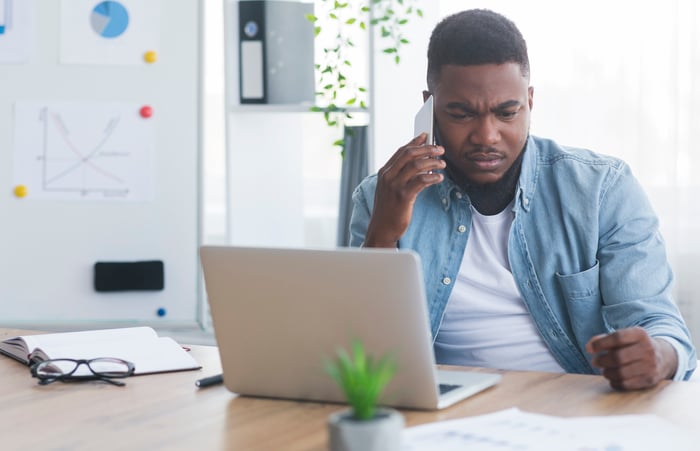 Your payroll tax deferral is really more like a loan

If you don't earn more than $104,000, the 6.2% of your salary that's normally withheld for Social Security purposes will instead be paid to you for the rest of the year. For example, if your annual salary is $60,000 and you're paid twice a month, you'll get an extra $155 per paycheck.

Since the aforementioned taxes are only being deferred, not forgiven completely, you'll need to repay them in 2021. Specifically, you'll have that extra tax withheld in equal installments between Jan. 1 and April 30 of 2021. Any tax not paid back by that point will begin to accrue interest and penalties.

While your paychecks might get a short-term boost, they're going to get smaller in 2021, and you'll need to plan accordingly.

Will those deferred payroll taxes be forgiven?

Trump has pledged that if he's reelected in November, he'll aim to have all deferred payroll taxes fully forgiven so that paychecks don't get smaller in 2021. But that's not something workers can count on, nor is it something they should necessarily want.

Thus, all workers who get a boost this year will need to gear up for a smaller paycheck at the start of the following year. You may even want to save all of the extra money you're getting in your paychecks between now and December to compensate.