The COVID-19 pandemic put millions of people out of work in early 2020. Even though some people have managed to return to their jobs, many are still relying on unemployment benefits for financial support.

With tax season  set to start in mid-February, many people who received unemployment checks in 2020 are about to get a nasty surprise. When you prepare your 2020 federal tax returns, you're going to have to report those unemployment benefits as income to the IRS and probably pay taxes on it. 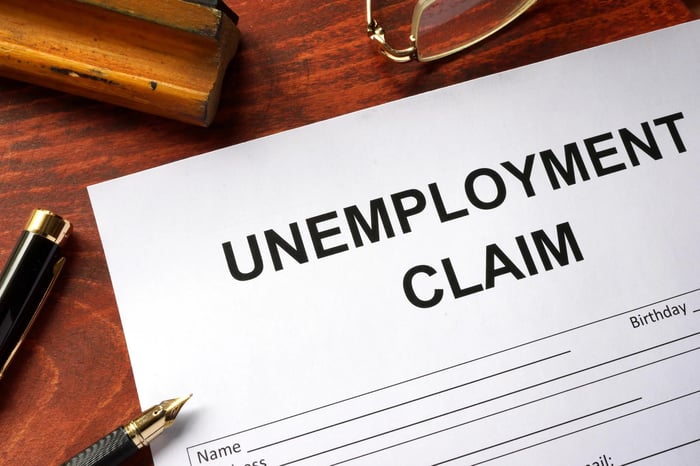 How unemployment checks get treated for federal taxes

The federal definition of gross income includes money you receive as benefits from unemployment insurance. The general idea is that if you were working, the money that you'd get as wages or salary would be taxed. Therefore, money you receive in lieu of working should get treated the same way.

The IRS will collect taxes on unemployment assistance regardless of whether it comes from federal or state unemployment insurance funds. Further support from special unemployment programs also typically gets included.

The only exception is if your employer has created a private fund to which you're required to make contributions from your own pay. In that case, you don't have to pay tax, assuming what you get is less than what you paid into the fund. If your benefits exceed your contributions, however, then you'll be on the hook at tax time for the excess.

A break on payroll taxes

Given the IRS's stance on how unemployment benefits are like wage income, you might reasonably think that the tax agency would hit you for payroll taxes to support Medicare and Social Security as well. However, those payroll taxes do not apply to unemployment checks.

You typically won't have an extra 7.65% taken out of your federal or state unemployment benefits. If your company offers its own private supplemental unemployment benefit fund, those benefits might be subject to withholding. In that case, check with your employer's HR department for more information.

If your state charges its own income tax, you'll likely have another tax bill to pay on your unemployment checks. Only a few states, including Alabama, California, Montana, New Jersey, Pennsylvania, and Virginia, have special provisions making unemployment benefits exempt from state income tax.

Also, even though you're taxed as though the money you're receiving is income, you don't get to treat it as earned income for tax purposes. The biggest problem with that is that unemployment benefits don't count toward determining how much you'll receive from the federal earned income tax credit. For many struggling low- and middle-income taxpayers, the earned income tax credit provides thousands of dollars in tax relief. But even at a time when you need that help the most, unemployment benefits don't get you additional credit amounts.

Dealing with taxes when you're out of work might seem unfair, but it's important to be prepared.

You can typically have money withheld from your unemployment check to go toward taxes. That way, the money that you owe is never in your hands in the first place. Alternatively, you might need to make quarterly estimated tax payments in order to avoid penalties.

It might sound crazy to have money taken out of your checks when you need every dollar you can get. Still, knowing the rules helps you avoid the much larger problem of a huge unexpected tax bill in April.