Please ensure Javascript is enabled for purposes of website accessibility
Log In Help Join The Motley Fool
Free Article Join Over 1 Million Premium Members And Get More In-Depth Stock Guidance and Research
By Maurie Backman - Oct 31, 2017 at 9:04AM

Have a colleague who's constantly falling down on the job? Here's how to deal.

Working in a team environment poses its challenges. Not only do you have different personalities to contend with, but you'll often find yourself in situations where you and your colleagues rely on one another to get your respective jobs done. So if you come to realize you have a slacker on your team, it can make for a rather aggravating experience. If you're in the unfortunate spot of having a slacker coworker with the potential to bring you down, here's how to deal.

1. See if there's a reason your coworker isn't pulling his weight

Some people are lazy and irresponsible by nature. But in some cases, slacking off could be a way of masking an underlying problem. So if you have a slacker on your team, consider that maybe he's not pulling his weight because he's lacking key skills or has a lot going on in his personal life. Neither of these is a great excuse, but they give you a starting point to work with. For example, if your colleague's been falling down on the job because he doesn't understand how a certain procedure works, you can offer to help him get up to speed or allow him to shadow you on a particular task. 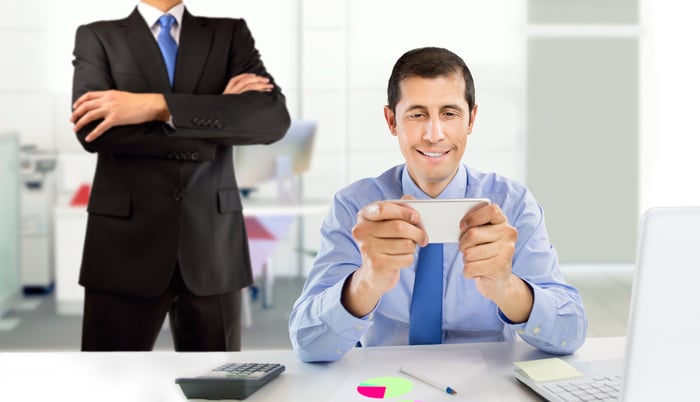 Of course, having that conversation isn't easy, but if you approach your coworker in a nonconfrontational manner, he's more likely to be honest and acknowledge his failings. You can even gently explain how his slacking is impacting your workload and offer to help him overcome whatever issues are contributing to the problem.

Now if you're dealing with a true, unadulterated slacker, this approach may not yield much of a result. But if there's an explanation for your colleague's behavior, it pays to dig it out.

2. Keep track of your own progress and contributions

Nobody likes being a tattletale, but if you have a slacker on your team, there's a good chance that person will wind up dragging the rest of you down. If your team fails to meet a deadline or deliver a project as promised, and your slacker of a coworker is to blame, then you'll need some evidence in your corner for when your boss comes around demanding answers. That's why it's wise to maintain a record of your own contributions to team efforts. If you prove that you did your share and your colleagues do the same, it'll become pretty evident who the slacker is.

3. Be smarter about delegating responsibilities

If you have a known slacker on your team and you're put in charge of a project, there comes a point where it pays to just give that person less work to do rather than assign him a critical piece of the puzzle. This way, if he doesn't come through, he won't take the project down with him.

Although this approach might seem like a means of enabling your resident slacker's behavior, it has its benefits. For one thing, it might make for a less stressful situation on your end. Second, once you do get the job done right, you'll have an opportunity to show your boss how you pulled it off. And there's your chance to ever-so-subtly explain to your manager how some of you took on more of the load.

4. Seize the opportunity to shine

When you're one of many on a given team, you have several other people vying for your boss' attention and praise. So if you have a colleague who's known to not get his work done, use it to your advantage. Step up when that person drops the ball and take on more responsibility to compensate for his shortcomings. If you do it enough, your boss is sure to notice -- especially if you don't complain about it. One of the best ways to get promoted at work is to prove that you're a true team player, and picking up your coworker's slack without being asked to do so sends that message loud and clear.

Though getting stuck with a slacker might seem like a raw deal, don't let one coworker's behavior bring you down. Keep working your hardest, and with any luck, one of two things will happen: that slacker will eventually change his ways or your manager will get wise to the problem and let him go. Either way, you win.