It's easy to develop your share of bad habits at the office over time. The problem, however, is that your seemingly harmless behavior could end up costing you a raise or promotion (or both) if you're not careful. That's why it pays to be mindful of the minor but irksome transgressions your boss and colleagues may or may not be picking up on. Here are just a few to put an end to.

Showing up late once in a while is hardly a big deal. We all hit traffic, forget to set our alarm clocks, or get delayed by a sick child or dog from time to time on our way out the door. But if you make a habit of arriving late to the office multiple times a week, your colleagues and manager are bound to take notice. And once they do, they'll start to assume that you simply don't care about being prompt. 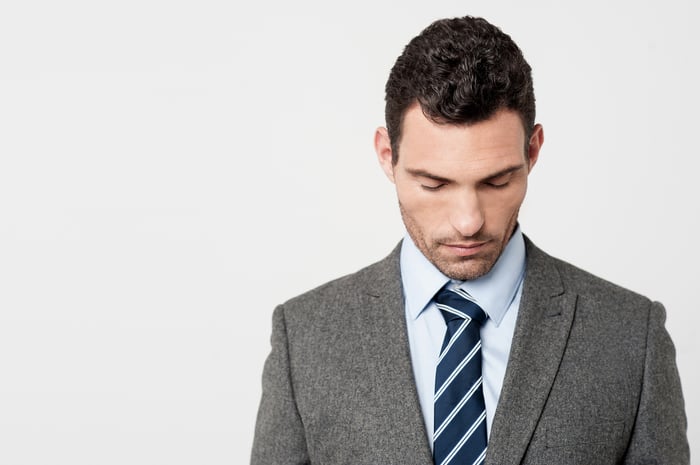 Even if you're a dedicated worker, showing up late sends the message that you're just not reliable or professional. And that's not a favorable message to put forth. So start getting up earlier, changing up your commute, or doing whatever it takes to ensure that you walk into the office at the same time as everyone else.

2. Taking too many personal calls

It's one thing to pick up the phone on occasion to check in with your partner or confirm an appointment. But if you're spending a chunk of your days chatting with friends or making social plans, it's a habit that's going to hurt you. For one thing, you might end up divulging aspects of your private life that shouldn't be shared in an office environment. (Do what you want on weekends, but your boss certainly doesn't need to hear about your plans to indulge at an open-bar event or bottomless brunch.) But more so than that, even a quick personal conversation can draw other people's attention, thereby disrupting their workflow and sending the message that you're goofing off rather than working.

A better bet? Don't pick up the phone unless you know it's truly important. In fact, ask your close friends and family members to not only use discretion, but to text you before they're about to call during the workday confirming that it's urgent. From there, you'll have a heads-up as to whether you should be answering an incoming call versus letting it go to voice mail.

It's nice to be social at the office, but there's a fine line between being friendly and being downright intrusive. If you're in the habit of stopping to chat with every single person whose desk you pass on the way to the water cooler or restroom, it's time to bust out of it -- quickly. There's nothing wrong with saying a quick hello if someone beckons or makes obvious eye contact, but if you see that your colleagues are deeply involved in tasks with their heads down, be sure to keep walking.

4. Getting defensive when criticized

It's never easy to take criticism at work, even when that feedback is constructive in theory. But if you don't learn to accept criticism from your boss and colleagues, you're apt to come off as immature and defensive -- and that's the last thing you want.

Going forward, aim to be open-minded about the feedback you get, and pledge to take the time to process it rather than react immediately. Sometimes, all it takes is a brief pause and a deep breath to keep you from responding in a manner you'll later regret.

Nobody likes pressing deadlines, stressful assignments, or having to work nights and weekends. But sometimes, these things come with the territory, and if you don't approach them with the right attitude, you could end up damaging your career. This isn't to say you should jump for joy and celebrate when things go awry at work, but generally speaking, responding negatively to already unpleasant situations is a habit that could cost you down the line.

The next time you're faced with a challenge or hiccup, don't be that person to protest or make a snide comment. Rather, suggest a method for tackling the situation effectively, and motivate others around you to do the same. It'll do you a lot more good than moping and rolling your eyes.

Sometimes, it's the little things at work that end up making or breaking your career. If you're guilty of any of the above habits, it's time to change your ways before they come back to bite you. And while you're at it, warn your coworkers, too. They'll thank you for it later on.