Back in the day, socializing with your coworkers often meant joining them in the break room for coffee or walking over to the nearby sandwich shop together to pick up a bite for lunch. But these days, companies are putting a greater focus on employee bonding and togetherness, so much so that they're sinking time, money, and effort into sponsoring team outings and events.

Now when these events happen during working hours, you, as an employee, generally have no choice but to roll with the punches and play along. But what happens when those work events take place after hours or on weekends, when you have plans, hobbies, and family obligations you'd rather focus on? How can you opt out of those so-called bonding experiences and still come across as a team player? It's a tough feat to pull off, but here's how you can get away with saying no. 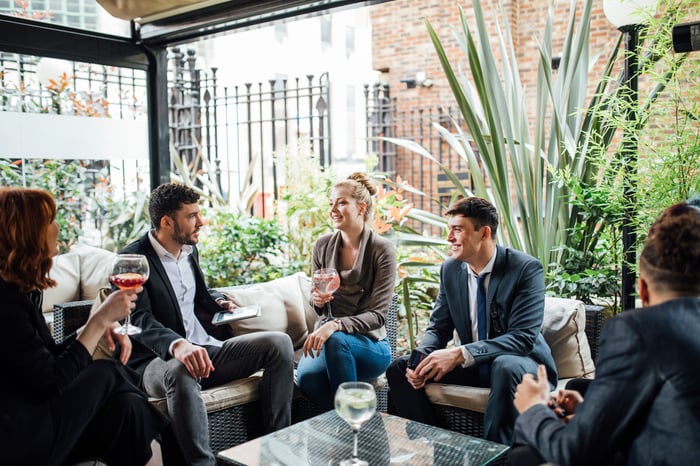 1. Have an airtight excuse

It's one thing to skip out on a company picnic because your cousin is getting married then, but it's another thing to miss it because your child has his or her weekly soccer game at the same time. In an ideal world, wanting to be there to watch your kid move the ball around would fly as an excuse to opt out of a company gathering. But if you know the event in question is important to your team or boss, make sure you have a truly valid reason before saying no. If your excuse is something no one can question or argue with, it shouldn't end up serving as a black mark.

The way you decline invitations to company outings can spell the difference between hurting your career or coming out unscathed. If you make it clear that you're disappointed about having to miss events, your colleagues and manager are less likely to take your absences personally. If anything, they might actually come to feel bad for you for having to miss out on the fun. On the other hand, if you take the attitude that you're above attending such events, or that the last thing you want to do is spend your free time interacting with work folks, then your behavior might come back to haunt you.

Some companies are heavily invested in internal relationship building, and so they schedule work events on the regular. It therefore stands to reason that if there's a weekly company-sponsored happy hour, you're perfectly justified in declining several times a month, especially if you have a long commute or somewhere to be after work. On the other hand, if your company only schedules one or two major events each year, skip the weekly happy hours but show up to those important gatherings. This will send the message that you're making an effort to get to know the people you work with.

When you're busy during the workday, sometimes, the best way to build relationships with your colleagues is to spend time with them outside the office. If that's not your cup of tea, don't sweat it -- but also be strategic about how and when you say no to work events. At the end of the day, your reputation at work has the potential to further your career or hinder it. And you might have no choice but to give up some of your personal time to land on the former.