If you own or manage a small business, you're probably aware that sourcing and attracting talent is no easy feat. Similarly, the process of onboarding new hires and getting them up to speed takes time, effort, and in many cases, money, so the last thing you want to do is let some of your employees go without giving the matter adequate thought. At the same time, there comes a point when you can't ignore the fact that your business is overstaffed. Here are a few signs that a round of layoffs might be in your company's future, whether you're happy about it or not.

1. You're spending too much on payroll

It's not unusual for payroll to eat up a large chunk of a company's budget. But if the amount you're spending to staff your business is putting a strain on your limited resources, or creating a scenario where you're unable to develop new products or ideas, then it may be time to think about letting some non-essential workers go. This especially holds true if you've explored outside funding options to no avail, and tapping your existing resources is really the only way to focus on other key areas of the business the way you'd like to. 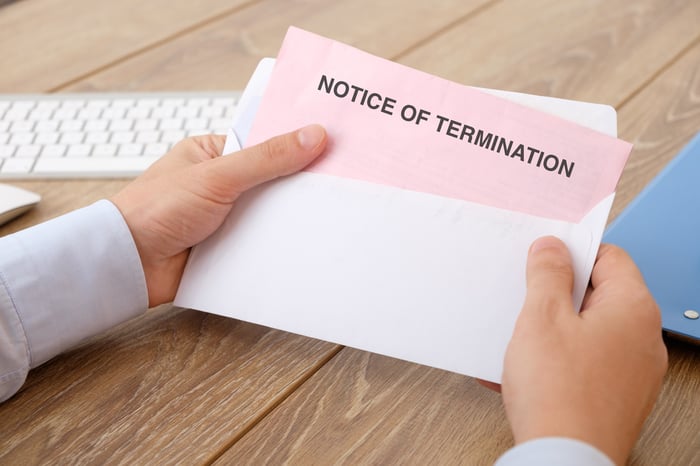 2. You have too many workers with overlapping responsibilities

It's natural for some employees of yours to have similar, or even overlapping, responsibilities. For example, you might have several people on your marketing team whose jobs involve analyzing the same data and presenting it at companywide meetings. And to some extent, having a little bit of overlap is a good thing, as it ensures that you won't be left in the lurch if a key player on your staff takes a leave of absence, falls ill for several weeks, or even banks a bunch of vacation days. That said, if you come to realize that many of your employees have a number of overlapping duties, it may be time to think about letting some of them go.

3. Many of your employees are unhappy

There are lots of reasons why workers find themselves dissatisfied, but often, it boils down to a lack of variety and mobility. When employees are bored on the job, and feel that they're trapped in dead-end roles, one of two things can happen -- they either jump ship or continue working in a demotivated, less productive fashion. Reducing your staff might therefore enable you to focus on developing key talent, since it'll mean having fewer employees to manage. And you may be better off cultivating a smaller number of strong performers than maintaining a larger staff of mediocre ones.

Letting employees go is never easy, whether it means putting three people or 30 out of a job. Still, it's your responsibility to do what's best for your business, and if that means downsizing your staff, it's a move you'll need to consider.

That said, you can play around with different options before giving full-time workers the absolute boot. For example, you might see if any are willing to work part-time, or on a seasonal basis when they're needed the most. Those who are interested in reduced hours might voluntarily give up their full-time salaries, thereby making the decision much easier for you.