Some people accept the wrong job offers out of desperation. For example, if you lost your last job and have no income other than a meager unemployment check coming in, you may be inclined to take any old position that someone is willing to give you to avoid falling behind on your bills. But in other cases, job seekers wind up in the wrong roles because they don't do a good enough job of vetting those opportunities in advance.

This seems to be a growing trend among younger job candidates in particular. Last year, 40% of Gen Zers said they wouldn't repeat their decision to accept the jobs they took, according to research and advisory company Gartner, Inc. Furthermore, only 51% said they could see themselves having long careers at their companies.

If you're in the market for a new job for one reason or another, don't make the mistake of saying yes to the wrong one. These simple moves could help you avoid making a decision you ultimately regret. 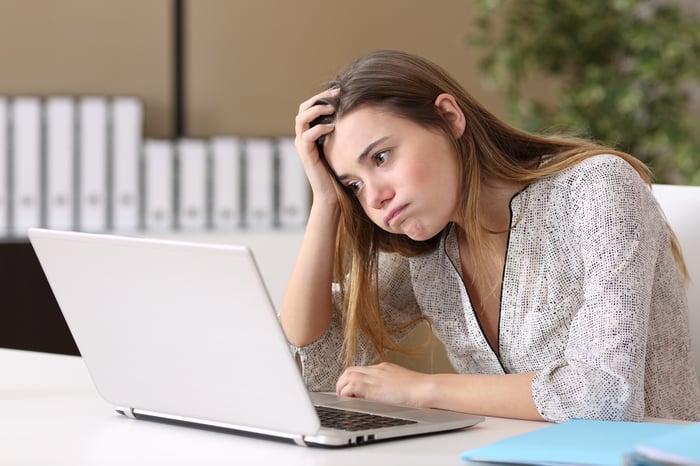 1. Ask lots of questions during interviews

We tend to think of job interviews as opportunities to prove ourselves worthy of getting hired, but actually, interviews are also a great way to learn more about companies and see whether they're a good fit. The next time you're at an interview, be sure to ask lots of questions about the role and company in question. What will your daily schedule look like? What's the company's approach to people management? How casual is the office environment, and how flexible do managers tend to be?

Getting answers to these questions will help ensure that the job aligns with your mental picture of it. At the same time, it'll give you an indication as to whether the company on a whole is someplace you could see yourself working long-term.

The beauty of the internet is that it's filled with information about companies that could inform your decision on whether to work there. Before accepting a job offer, see what current employees have to say anonymously. Are they mostly happy? Do they feel valued? Is there ample opportunity for them to grow, or do many feel stuck in dead-end roles they're desperate to escape from? Gather these details in advance so you know what you're really getting into.

3. Think about your career path

A job might very well turn out to be the role it advertised itself as, but if it doesn't mesh with your career path, you'll still wind up unhappy through no fault of your employer. Before saying yes to a job, make sure it's something you really want to do, and that it'll lead you in the direction you want your career to take. Otherwise, don't be surprised to find yourself sending out resumes within a year of getting hired.

It's one thing to take the wrong job because you're cash-strapped and feel backed into a wall, but it's another thing to do so accidentally. Employ these tactics to help ensure that the next job offer you say yes to is actually an ideal fit.