You hear about people making midlife career changes, and while that's certainly a challenging endeavor, switching careers can be a positive move, as it could lead to more on-the-job satisfaction. But what happens when you realize you've chosen the wrong career path after just a year or two in the workforce? Is there such a thing as changing careers too early?

The upside of an early career switch

Many people who switch careers do so after spending years on the job, and as such, are forced to take a step backward title-wise and salary-wise when they start over. But dealing with both is easier said than done when you're in your 30s or 40s, have grown accustomed to a certain lifestyle, and perhaps have a family to support. The benefit of switching careers early on is that you're not yet too established, so you might get away with making more of a lateral move without suffering too large a hit to your income or ego. 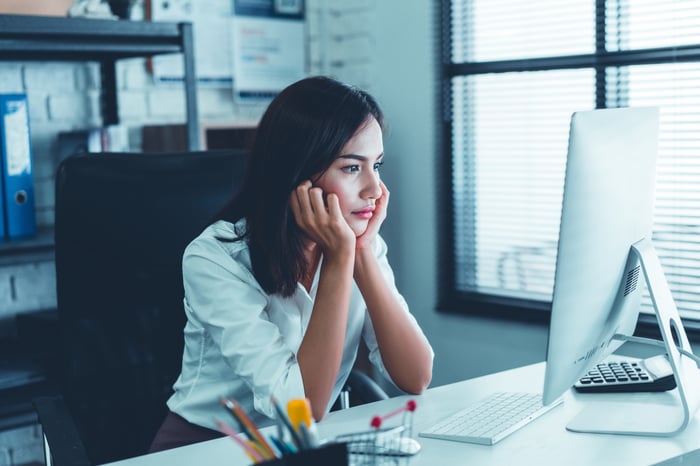 Furthermore, when you make a pretty rapid career switch, you don't fall into the trap of wasting too much time at a job that ultimately doesn't benefit you, aside from the salary it pays you to work there. Some workers realize in their late 40s or 50s that they've effectively wasted the last 25 or 30 years of their lives and aren't where they want to be professionally. By switching careers early on, you lower your risk of feeling similarly.

The decision to change careers is a big one, and the benefit of doing so later in life is that by the time you've spent a number of years working, you have a better sense of what you really want. When you're younger and less experienced, you might think you're ready for a career change when, in reality, that's not what's going to make you happier on the job.

Before you rush to switch careers after only having spent a year or two in the workforce, ask yourself if this next move is truly what's right for you. It may be that you're still finding your way, or that you're frustrated with specific aspects of your first job and think a change of some sort is in order. But remember, starting at the bottom in another field may leave you equally frustrated, so think about the reasons behind your desired career change and make sure you're moving forward for the right ones.

If you are going to initiate a career change, talk to people in that industry first and try to get a sense of what it's really like to work in it. At the same time, make sure you have the skills needed to get hired at the sort of job you're interested in. Being relatively inexperienced on a whole means you might have a harder time making that transition, so just be prepared.

Switching careers early on could end up being a smart decision. Just make sure to really think things through before taking the plunge.

How Soon Is Too Soon to Make a Career Change? @themotleyfool #stocks Next Article
Current