Sometimes, people lose their jobs because they underperform or break company rules. Other times, however, they fall victim to layoffs. Layoffs can happen when companies restructure, when businesses lack the revenue to retain their full staff, or when recessions strike. And if you’re worried about a layoff, you’re in good company.

A good 48% of U.S. employees experience layoff anxiety, as per a new survey conducted by The Harris Poll on behalf of CareerArc, with younger workers aged 18 to 34 more likely to fear a layoff than those 35 and over. These concerns exist despite the fact that unemployment rates are currently at a record low and the job market is overwhelmingly healthy. 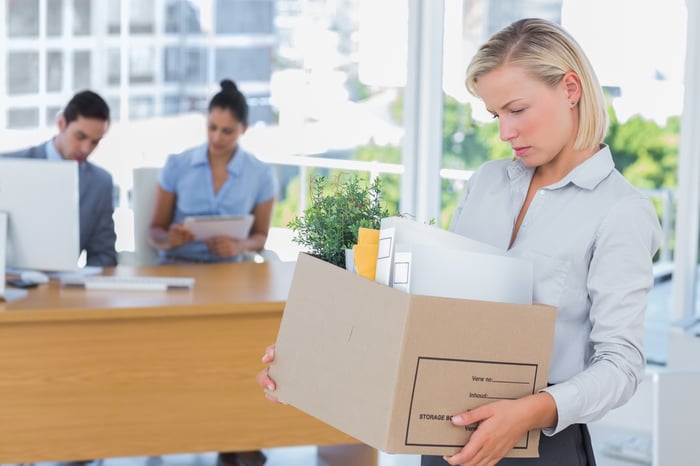 Part of this mindset, however, might stem from past experience. An estimated 40% of Americans have either been laid off or terminated at least once in the course of their careers. Not only that, but 47% of U.S. workers say they aren’t prepared to handle a layoff.

It’s the latter point that’s concerning, because the reality is that layoffs can happen even when a company is thriving and the economy is strong. If you’re not ready to deal with a layoff, here are a few steps you can take to better gear up for that possibility.

1. Make sure your resume is up to date

Having a current resume is one of the best things you can to do to prepare for a layoff. That way, if you do lose your job, you can immediately start blasting your resume out to your network of contacts in the hopes that someone knows of an opening.

Therefore, review that document line by line and make updates to reflect changes to your job description or skill set. For example, if you recently got certified in a particular field, you’ll definitely want to include those details.

2. Make certain your skills are current

If your essential job skills aren’t up to date, you’re not only more likely to get laid off, but also more likely to struggle to find a new role quickly. That’s why you’ll need to do a skill assessment and work to improve in any area in which you might be lagging.

For example, if you’re a software developer, make sure you know the right programming languages that your field requires. If you’re in advertising, be sure you’re current on the latest industry regulations. That way, if something happens to your current job, you’ll be in a strong position to get rehired.

3. Have a fully loaded emergency fund

You never know when a layoff might strike. Even if you’re highly experienced, it could take a little time to find yourself a replacement role. In the interim, you’ll need money to pay your bills, and that’s where your emergency fund comes in.

Ideally, that fund should contain at least three months' worth of essential living expenses so you’re able to avoid debt while you look for new work. Keep in mind that even if you’re eligible for unemployment benefits, they’ll only replace a portion of your paycheck -- which is why you need money in the bank to buy yourself some peace of mind.

Unfortunately, layoffs can happen to anyone. But rather than waste energy fearing a layoff, take steps to prepare for one by updating your resume, boosting your skills, and socking away some cash in the bank.

Also, pay attention to happenings at your company that might indicate that a layoff is imminent. If you find that you’re being excluded from team meetings, you’re losing responsibilities rather than gaining them, or you’re just plain hearing too many rumors for comfort, then take it as a sign that you may be on the chopping block and prepare mentally for that possibility.