Most jobs aren't perfect. A given employer might pay generously, but overwork its employees to the point of burnout. Another might be more laid-back and flexible, but compensate workers more stingily.

But if there's one aspect of employment your company shouldn't take lightly, it's workers' ability to snag a break from the grind. And in this regard, a large number of employers are falling down.

In a recent survey by HR software company Zenefits, 18% of workers say they would leave a job because of a poor time off policy. Not only that, but 17% of workers say that their company's policy is indeed poor. If you've been skimping on the time off front, or making it difficult for employees to take the time off they're entitled to, it's a good idea to start making changes -- before you're faced with higher turnover than you're able to grapple with. 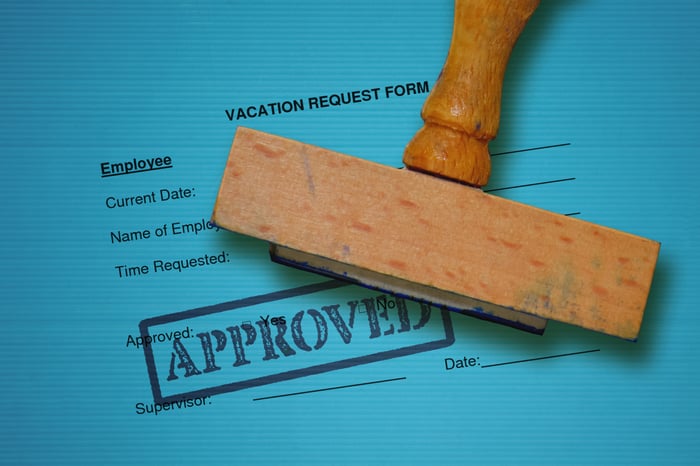 The importance of time off

Time off from work isn't just about getting to travel or tend to home repairs; it's about getting a mental break and being able to appropriately recharge. If you don't allow your employees to escape the office to a reasonable degree during the year, they're apt to grow frustrated and less productive. As such, if your current time off policy is less than generous, it pays to rethink it.

But offering more vacation time won't cut it if your employees already struggle to take the days they're entitled to. Zenefits reports that 21% of workers insist that their employers don't encourage taking time off, while 55% don't take time off because they're concerned that if they do, they'll compromise their job security or miss out on the chance to get promoted.

In reality, taking time off shouldn't impact workers' job status, nor should it serve as a reason for employees not to advance professionally. But if that's the sentiment at your company, it's time for some major changes.

If you're worried about losing employees to a bad time off policy, implement a new one -- ideally, one that differentiates between vacation time, personal time, and sick time. Next, encourage all individual managers to support employee time off, and make it clear that roadblocking reasonable vacation requests won't be tolerated. Finally, foster a company culture based heavily on teamwork so that employees can feel more comfortable taking time off without having to worry about falling behind -- and managers can approve that time off without concerns of missing deadlines.

In today's competitive job market, it's all too easy to lose out on talent. If you're eager to retain your staff, make sure you're meeting expectations on the time off front, and adjust your policy as needed to ensure that your employees are reasonably satisfied. Not only will that help you avoid turnover, but it could also result in a notable uptick in productivity, which means a little more generosity on the vacation front could more than pay for itself.