Earlier this year, I named the clinical-stage cancer immunotherapy company Bellicum Pharmaceuticals (NASDAQ:BLCM) as my top biotech stock pick for 2016. Almost immediately after doing so, however, Bellicum's shares went into free fall, shedding over half of their value: 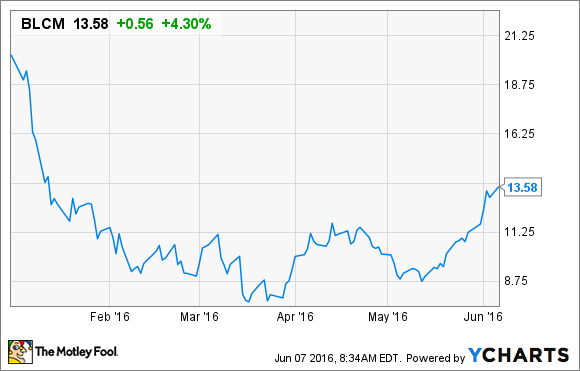 As the chart above illustrates, though, Bellicum's shares have started to show signs of life in the past few weeks -- perhaps as a direct reflection of the rumor that Juno Therapeutics (NASDAQ:JUNO) might be interested in making a tender offer soon.

While I've argued elsewhere that Bellicum is probably going to be bought out by one of its adoptive T cell rivals or perhaps even a bigger biotech looking to jump into this red-hot space, the fact of the matter is that a buyout rumor is never a good enough reason to buy any stock. And Bellicum is certainly no exception.

The good news, though, is that Bellicum's core value drivers are still firing on all cylinders -- despite the moody market taking a butcher knife to its share price earlier this year. If anything, I think Bellicum looks like an even stronger buy now since my original recommendation. Here's why.

The nuts and bolts of Bellicum's game-changing technology

Bellicum's platform revolves around its proprietary Chemical Induction of Dimerization (CID) technology that's designed to make adoptive T cell therapies both safer and more potent. The long and short of it is that the company has developed a potentially best-in-class molecular switching platform using its CID technology that can be safely triggered by a small molecule called rimiducid. 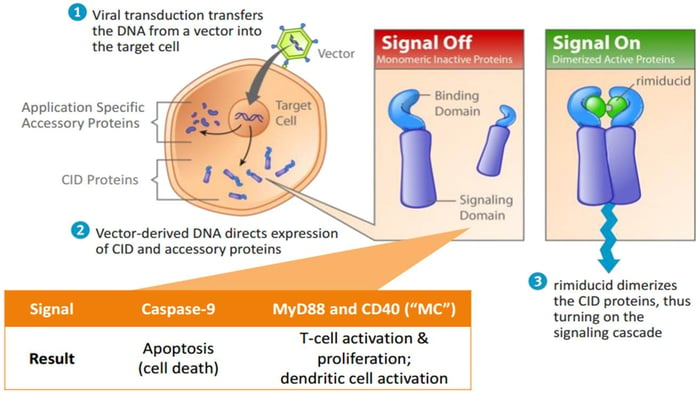 This novel molecular switching mechanism can turn genetically modified T cells off (the so-called suicide switch) or on by activating the T cells and causing them to increase in number.

Why are effective molecular switches so vital? The crux of the problem is that chimeric antigen receptor (CAR) transduced T cell therapies are proving to be a double-edged sword. On the one hand, the clinical work by Kite Pharma (NASDAQ: KITE), Juno Therapeutics (NASDAQ:JUNO), and Novartis has clearly shown that CAR T therapies are able to elicit unprecedented response levels in deadly blood-based malignancies such as non-Hodgkin lymphoma (NHL) and acute lymphoblastic leukemia (ALL). However, these powerful cell-based therapies are also known to produce severe, and even deadly side effects, like cytokine release syndrome and neurotoxicity.

As a prime example, Juno recently updated investors on the progress of its lead CAR T product candidate, JCAR015, at the Annual Meeting of the American Society for Clinical Oncology (ASCO) in Chicago. While complete responses were observed in over two-thirds of patients with relapsed or refractory ALL and presenting with morphologic disease, the company also reported that around a third of all patients in the trial suffered from severe cytokine release syndrome. Keeping with this theme, Kite's ASCO presentation for its CAR T efforts in advanced NHL also revealed high efficacy rates in hard-to-treat patients, yet worrisome levels of dangerous side effects.

Although Juno is developing its own technology to dampen T cell activation in an effort to make these therapies safer, the bottom line is that Bellicum has arguably the simplest and most effective molecular switching platform in the clinic at the moment. And this safety issue is eventually going to take center stage, as CAR T developers push toward gaining regulatory approvals for earlier lines of therapy.

So, while Bellicum is well behind Kite, Juno, and Novartis in terms of barreling toward a possible regulatory filing, this underappreciated biotech could eventually usurp these early birds by simply bringing a safer product to market. That's why I think this dark horse in the CAR T race is certainly worth a deeper dive by investors right now -- especially before the company unveils its next round of major clinical updates, which are currently scheduled for the fourth quarter of this year.