Please ensure Javascript is enabled for purposes of website accessibility
Log In Help Join The Motley Fool
Free Article Join Over 1 Million Premium Members And Get More In-Depth Stock Guidance and Research
By Leo Sun – Jul 19, 2016 at 8:22AM

AT&T and Unilever can provide a reliable income while offering growth potential.

Retirees should generally look for at least these two qualities in stocks they own: price stability and a rock-solid dividend. While there are plenty of "big and boring" stocks to choose from in the market, two specific stocks -- AT&T (T -1.57%) and Unilever (UL -0.14%) -- offer the potential for a healthy dose of growth in the business, a stable stock price, and reliable dividend income for investors. 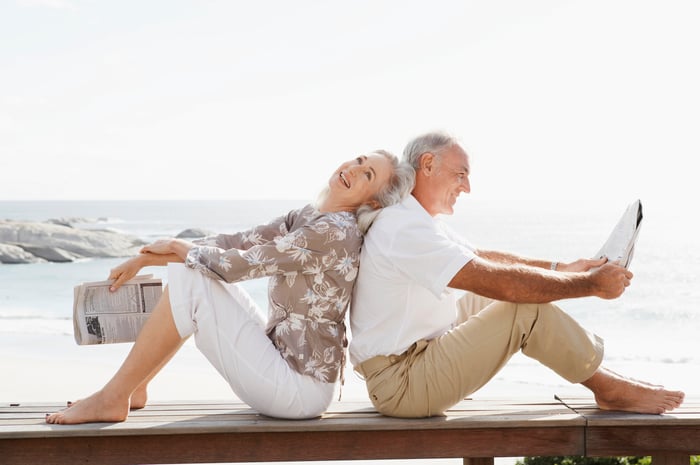 Telecom giant AT&T is a good core holding because it has a wide moat and pays a hefty forward annual yield of 4.5% at current prices. It's raised its dividend annually for over three decades. What's more, AT&T only spent two-thirds of its free cash flow over the past 12 months on its dividend, so it still has plenty of room to raise that payout.

In the past, AT&T was considered a stable stock that delivered fairly lackluster returns. However, the telco recently made three big moves to grow its business. First, its acquisition of DirecTV, which includes its coveted NFL Ticket package, boosted its free cash flow 17% annually to $3.2 billion last quarter. AT&T believes that the deal will become earnings accretive this year and generate $2.5 billion in annual cost synergies through 2018.

Second, it's divesting its slower-growth wireline assets to strengthen its higher-growth wireless business. To grow that business, AT&T is expanding heavily into Mexico and offering data-free mobile video bundles to DirecTV subscribers in the U.S.

Lastly, AT&T is reaching beyond smartphones with wireless plans for drones, Internet of Things devices, and connected cars. The company recently signed a deal with Ford (F -2.49%) to connect more than 10 million cars in North America over the next five years with a platform called Ford SYNC Connect.

These new initiatives are expected to boost AT&T's earnings by more than 9% annually over the next five years -- more than twice its growth rate over the past five years. AT&T's forward P/E of 15 is at a multiyear high, but I believe that its rising earnings and cash flows justify that premium.

Consumer staples giant Unilever, which is co-headquartered in London and Rotterdam, is another solid retirement stock. The company owns a portfolio of over 400 brands, but it mainly focuses on growing sales of its top 13 brands with annual sales of over 1 billion euros ($1.1 billion), which include Dove, Axe, Rexona, Magnum, Lipton, Hellmann's, and Knorr. 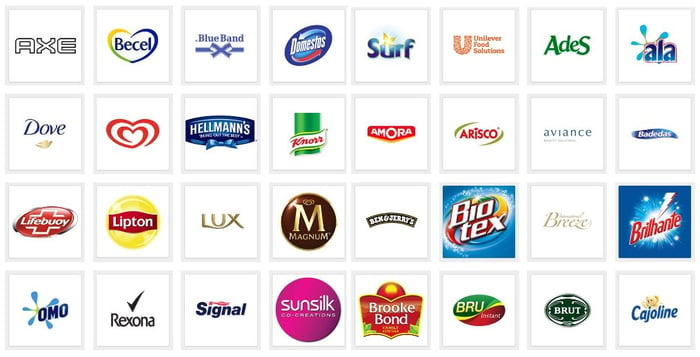 Unilever is frequently compared to its American rival Procter & Gamble (PG -0.08%). But unlike P&G, which was hurt by a strong dollar in recent quarters, Unilever benefits from a weaker euro -- it reports its earnings in euros, but generates about 75% of its revenue outside the eurozone. While currency headwinds still hurt Unilever, its year-over-year sales decline of 2% last quarter was much better than P&G's 7% drop. On an "underlying" basis, which excludes currency headwinds and acquisitions, Unilever's sales rose 5% as P&G's equivalent "organic" growth inched up just 1%.

Both Unilever and P&G pay forward annual yields of 3.1%. However, P&G has hiked its dividend annually for nearly six decades, while Unilever has only done the same for the past four years. Both stocks trade at about 21 times forward earnings, but Unilever has more than doubled its market value over the past decade, while shares of P&G have risen just over 50%.

Past performance doesn't guarantee future returns, but I believe that Unilever's stronger sales growth, its exposure to emerging markets (over 40% of its sales last quarter), and a weakening post-Brexit euro could all make Unilever a better consumer staples play than P&G.

AT&T and Unilever shareholders have been well-rewarded in the past, and I don't think that trend will change anytime soon. Retired investors should take a closer look at both stocks to see how they stack up in terms of price, growth potential, and dividend.