2016 has brought good things to Match Group Inc (NASDAQ:MTCH). The stock is up 31% year-to-date following its successful IPO last November. The company has beat earnings estimates in all four of its quarterly reports and Tinder, its leading dating app, has seen paid membership nearly triple over the past year. 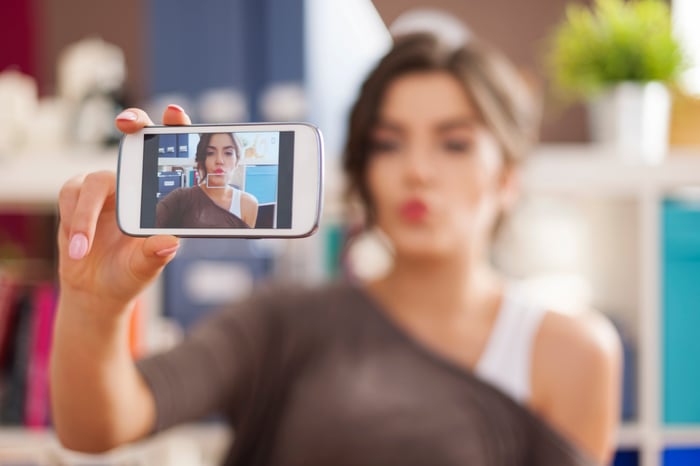 Earlier, I looked at the biggest risks facing Match Group. Today, we'll take the opposite view and examine some of the key opportunities for the world's largest online dating company. Here are a few to consider:

It's hard to exaggerate the growth of Tinder, Match Group's popular swipe-based mobile app. Its paid member count has grown from 583,000 a year ago to 1.5 million at the end of the third quarter. CEO Greg Blatt called the app a "rocket ship" in the company's recent earnings call, and "Swipe Right" has entered the cultural lexicon as a phrase for approval or taking a chance.

Probably the company's best opportunity for near-term growth is continued monetization and development of Tinder itself. It launched Tinder as a free app in 2012, then in 2015 added the paid version, Tinder Plus, following the freemium model popular with apps. It recently expanded the paid version to international markets, and it's been working on new methods of monetization like Tinder Boost, which allows users to pay $2 to "skip the line" and get up to ten times as many matches for a 30-minute period.

Other recent brand extensions include a podcast, an Apple TV app, a Spotify partnership, and Tinder Social, a group-based version of Tinder. Just last week, the company launched Swipe Ventures, perhaps its most ambitious step yet to grow the Tinder umbrella. The new program intends to expand Tinder's footprint through acquisitions, new business development, and investments in existing businesses. In the past, Tinder has acquired small companies like Tappy and Humin, and took a stake in women's networking platform Hey! Vina. That process should accelerate with Swipe Ventures.

Match Group has grown to encompass more than 45 online dating brands around the world through acquisition and in-house development. It's acquired popular dating sites like OkCupid and PlentyofFish, and created services like Match.com on its own. That's been a powerful combination over the years as the company is much larger than any of its competitors, but it will need to develop and acquire new brands to keep driving growth.

Management understands this, and while I wouldn't expect a big acquisition anytime soon after last year's purchase of PlentyofFish, the company is aware it needs new products in the pipeline, either from within or outside.

On the recent call, CEO Greg Blatt said the company would accelerate investments in new businesses next year after focusing heavily on Tinder in recent years. The market actually punished the stock for this implication that expenses would increase after its latest report, but it's a smart move -- the online dating market changes quickly, and the company needs to maintain its position at the forefront. The company has more data and a better understanding of online dating than any competitor, which should give it the ability to continue leading the industry by making smart acquisitions and developing the next Tinder.

Tinder Chairman Sean Rad told Business Insider recently, "I have a belief that there are significant platform changes coming that are going to really disrupt the entire space, from AR [augmented reality] to AI [artificial intelligence]."

Each new wave of communication technology has transformed dating in general, and online dating is no different: the advent of the internet enabled its creation, and location-based apps like Tinder have become popular as smartphones proliferated. Advancing technologies like AR, AI, and VR (Virtual Reality) are likely to do the same thing.

Experts imagine virtual reality allowing people to connect from long distances on what could feel like a realistic date, for old couples to relive experiences from when they were younger, or for couples to virtually go on exotic date on the other side of the world. A company like Match Group could use technology to offer an initial "experience" before an actual in-person date as a way to bridge the gap between texting after an initial connection and going on a date, which has proven a challenge at times for online dating services.

Others envision applications for augmented reality, such as seeing a person in public you are unable to approach and using a phone to scan the person's face to see if they're on an online dating service.

From the telephone onward, communications technologies have been used to build romantic relationships, and that process will continue to evolve with VR and AR. As Rad's statement shows, Tinder and Match Group are already planning for the future.