Gentex Corporation (NASDAQ:GNTX) released fourth-quarter 2016 results Friday morning, and shares of the auto-dimming mirror company are down around 2.6% as of this writing. Despite not being able to meet customer demand in the quarter, Gentex continues to advance its technology and further penetrate its core markets. Let's take a closer look at how Gentex finished the year. 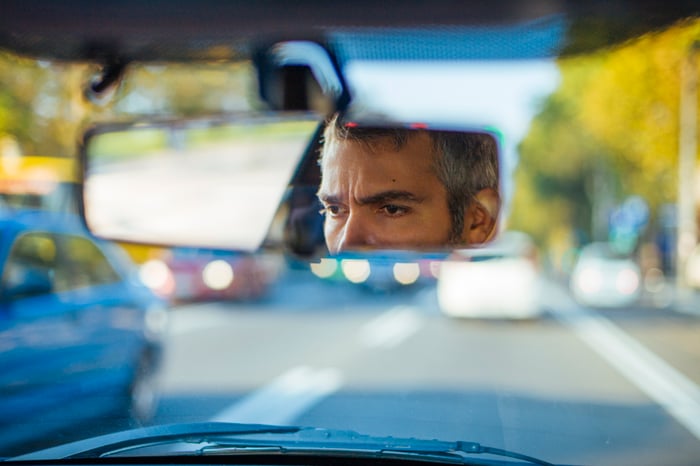 Despite the supplier issues and inventory adjustments that occurred recently, the fourth quarter and last few weeks have been a very exciting time for Gentex. The company presented at the SEMA automotive aftermarket show in November, and debuted our new aftermarket version of the Full Display Mirror, as well as a new HomeLink module designed for utility and ATV vehicles. This event was followed quickly by the CES show in January, where the company debuted several new technologies. Our booth this year was anchored by new products that addressed two of the emerging trends in automotive, camera monitoring systems or CMS and the connected car.

In particular at CES, Downing called attention to the company's new three-camera system that works in combination with its new full-display mirror, including two cameras housed behind new exterior mirrors with electrochromic glass, and a third camera located in the short fin antenna on the roof of the vehicle. Gentex also demonstrated a "functional proof of concept" for its new embedded biometric mirror solution for vehicles, which can recognize individual people through iris scanning technology. Possible applications for this novel, secure biometric concept include vehicle security, start functionality, and personalization from mirror adjustments to seat locations, music, and preferred temperatures.

Based on the mid-January 2017 IHS Automotive forecast for light-vehicle production in North America, Europe, Japan, and South Korea -- which predicts total light-vehicle production will increase 1% in 2017 over 2016 -- Gentex currently anticipates full-year 2017 revenue to be in the range of $1.78 billion to $1.85 billion. Gentex also anticipates gross margin in 2017 will be between 39% and 40%, assuming the majority of expected annual customer price reductions will be offset by purchasing cost reductions and operational efficiency initiatives.

Finally, over the longer-term, looking at IHS' production forecast for 2018 (which assumes 1% growth, as well), Gentex believes revenue will climb another 6% to 10% over currently forecasted 2017 revenue.

All things considered, this was another admirable performance from Gentex in light of the multiple near-term growth headwinds the company faced in the fourth quarter. As the company continues to invest in compelling new product offerings while its existing technology becomes more indispensable to automakers, I think today's small pullback will prove to be nothing more than a blip in Gentex's long-term radar.