Driverless-car stocks could be gearing up for their best year yet. But beyond company fundamentals, there are regulatory reasons to be worried about the future of autonomous vehicles. Here are three things you need to know before you turn the key on driverless-car stocks.

1. Driverless cars have killed, but they may be safer than humans.

Last May, the driverless-car dream turned into a nightmare. A Tesla Motors (NASDAQ:TSLA) Model S owner had Autopilot engaged on a highway when a truck drove across its path. Neither Autopilot nor the driver noticed the trailer because of its white color against a sunny sky, resulting in the first recorded death resulting in part from a driverless-car technology failure.

While this tragic crash has rightly attracted the attention of regulators, investors, and concerned citizens, it's important to put this occurrence into perspective. Every year, 35,000 drivers and passengers die on America's roads -- that's equivalent to one death every 15 minutes, and 94% of those are caused by human error. Given driverless cars' overall track record, the safety comparison between human- and computer-driven cars clearly points to an automation advantage.

These sorts of empirical analyses are important for investors and can be even more essential when alarming news (such as a car crash) emerges that might cause a short-term stock price swing. On the first trading day after news of the crash was announced, Tesla Motors stock dropped 4%, but it bounced back up for a 2% overall increase by the end of the day. Steady investors can ignore the swings and focus on statistics instead.

2. Not all self-driving cars are created equal 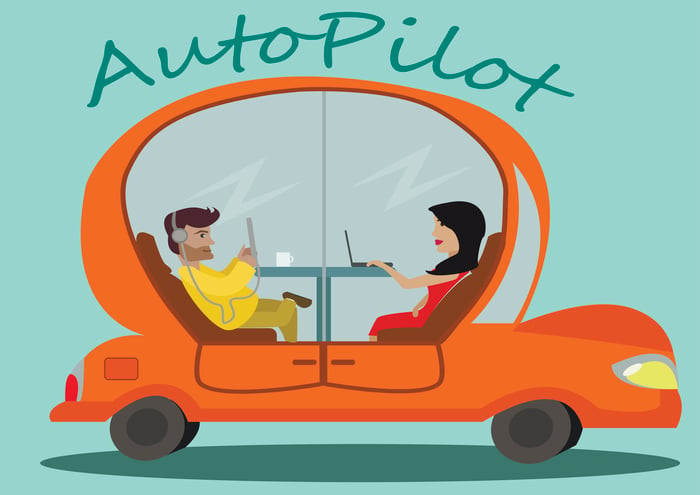 The National Highway Traffic Safety Administration has defined a five-level continuum to determine how self-driving a car really is. At Level 0, the human driver does everything. At Level 4, the human does nothing. Self-driving-car stocks have taken different approaches to deciding just how driverless they want their cars to be, but most have come to the conclusion that semi-driverless cars can actually be the most dangerous. That's because between level 0 and 4, humans might have to take over when something goes wrong -- and humans are generally terrible at reacting quickly and safely. That's why companies that aren't innovating beyond assisted automation may soon be left behind.

Those that are going for full automation, such as Ford, Alphabet (NASDAQ:GOOG) (NASDAQ:GOOGL), and Volvo, may be the ones that ultimately become market leaders, even if their technology isn't currently widespread. In this case, investors should make sure to not err on the side of picking semi-driverless models over autonomous prototypes. For example, Alphabet's stand-alone company Waymo, which doesn't have a steering wheel and is still considered by most to be a prototype, may actually be a better investment than "proven" lane-departure warning systems, readily available on almost all high-end vehicles.

3. Self-driving-car companies want to be regulated. 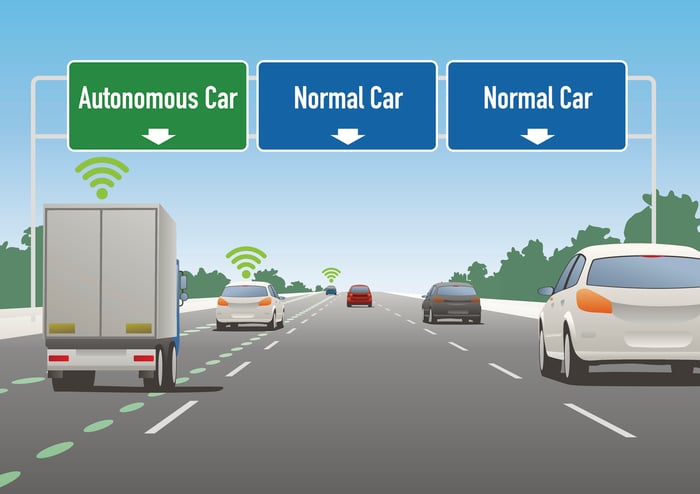 Companies are often at odds with regulators, spending billions of dollars on lobbying to ensure politicians steer clear of market meddling. Ford, Alphabet, Lyft, Uber, and Volvo Cars are taking an opposite approach. Last April, they established the "Self-Driving Coalition for Safer Streets" to "work with lawmakers, regulators, and the public to realize the safety and societal benefits of self-driving vehicles." Last month, the group's legal counsel penned an op-ed in The Hill calling for a "single national framework" to align the country's regulation and cut down on conflicting local laws and regulations that could bring driverless-car innovation to a standstill. For an industry as emerging as driverless cars, this serves as a smart reminder that investors shouldn't consider regulation to be evil -- rules are important and can enable the most innovative companies to push ahead with production.

Self-driving-car stocks are hot, and in 2017 they may attract more attention than ever before. Investors who know the facts and stick with the stats are likely to come out ahead, so be sure to keep these three points in mind when making your next self-driving-car stock pick.