Weakness in Aaron's core business drags down its 2017 profit outlook.

Shares of Aaron's (AAN), a specialty leaser and retailer of furniture, electronics, appliances, and household accessories, fell as much as 12% during Friday's trading session after the company released its fourth-quarter and full-year operating results before the opening bell.

For the quarter, revenue for the company declined by 3.2%, to $795 million, dragged down most by its flagship Aaron's business, which witnessed sales fall by 14.5%, to $463.5 million. On the flip side, the company's Progressive Finance business with virtual customer payment capabilities grew sales by more than 17%, to $324 million. 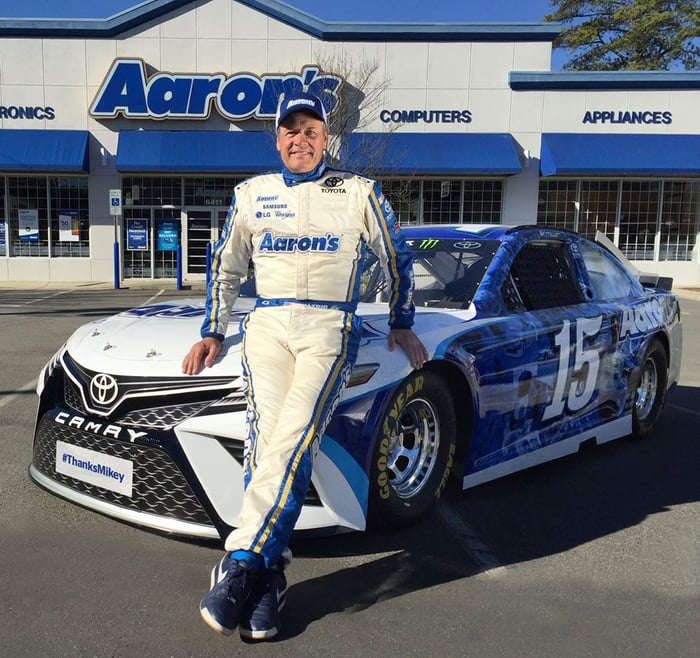 In terms of profit, Aaron's net earnings totaled $21.6 million, down fractionally from the $21.7 million in the prior-year period. However, on an adjusted basis, the company managed to report $0.50 in earnings per share (EPS), which was a notable improvement from the $0.41 in EPS in Q4 2015. Comparatively, Wall Street's consensus had called for just $0.45 in EPS for Q4 2016, but it also was looking for nearly $815 million in sales. In other words, a mixed bag.

Where Aaron's got thrown on the clearance rack was with its 2017 forecast. Aaron's is projecting $3.1 billion to $3.31 billion in sales and an adjusted full-year profit of $2.15 to $2.40 per share. Wall Street's consensus had been calling for $3.26 billion in sales (right in line with the company's expectations), but a more robust $2.46 per-share profit.

The majority of the blame goes to the company's Aaron's business, which is expected to see same-store sales decline by between 8% and 12%. What's more, the company anticipates closing roughly 70 of its Aaron's stores in the second quarter, but it may continue to evaluate store closures going forward to maximize its profits and lower costs.

The rent-to-own retailers are an absolute disaster at the moment, with Rent-A-Center also putting up a real stinker of a quarter nearly one month ago.

Aaron's, being predominantly a brick-and-mortar retailer, is struggling with the ongoing rise of e-commerce channels and the lower prices for electronics that these e-commerce retailers can offer given their lower overhead costs. Additionally, even with the U.S. economy improving, consumers seemingly haven't been willing to open up their wallets to spend. Holiday sales for retailers were pretty bad across the board, implying the fickleness of consumer spending habits that pops up from time to time.

On the plus side, Aaron's is fully expecting to remain cash-flow positive, and it has levers it can pull to cut costs until its investments in e-commerce and virtual lease-to-own begin to offset the weakness in its core brick-and-mortar lease-to-own business. The downside to this is that this issue isn't going to resolve itself in a quarter. Aaron's is probably facing a multi-year turnaround, which could provide a material drag on its share price.

Though I would not ignore Aaron's relative "cheapness" here at less than 12 times projected 2017 earnings, I believe investors would be better served watching from the sidelines.