Here's why investors might be disappointed with Aaron's mixed fourth-quarter results.

Shares of Aaron's, Inc. (AAN), a leading provider of lease-to-purchase options across the U.S., Canada, and its e-commerce platform, are plunging over 17% Thursday morning after the company released mixed fourth-quarter results. 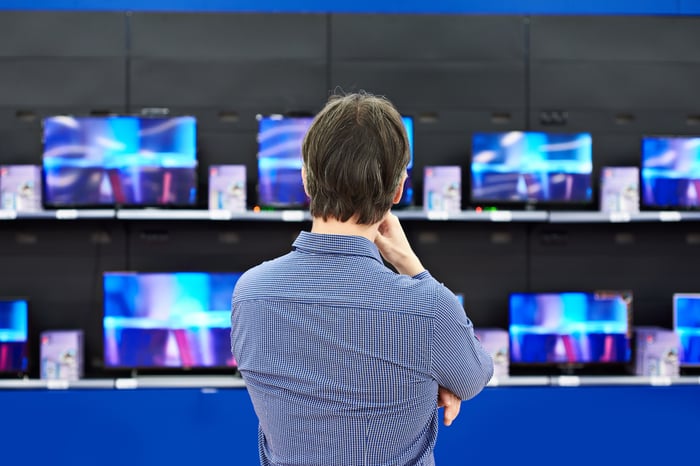 Revenue increased slightly compared to the prior year to $1 billion, just missing analysts' estimates calling for $1.01 billion. Adjusted earnings per share (EPS) checked in at $1.15, good enough to top analysts' estimates of $1.06 per share. Comparable-store revenue increased 0.4%, and while that result might not seem like a win, it's favorable compared to analysts' estimates of a 0.5% decline. On the downside, comparable-store traffic was down 4.8%, offset by an improved collections performance, among other factors. "Aaron's finished the year on a positive note with record annual revenues, adjusted EBITDA [earnings before interest, taxes, depreciation, and amortization] and non-GAAP EPS. Progressive's invoice growth accelerated significantly in the fourth quarter, up 34.4% compared to the prior year." said CEO John Robinson in a press release. 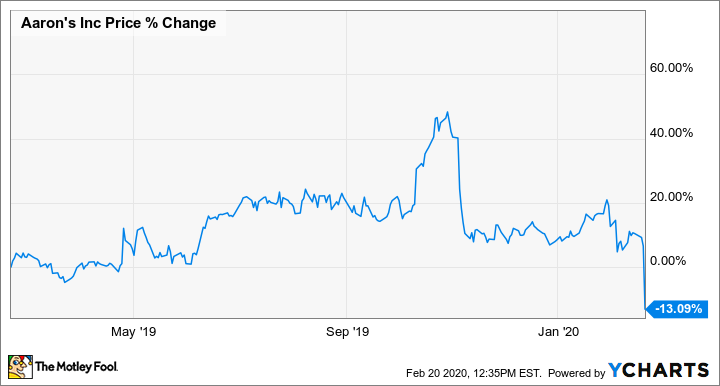 This wasn't a horrible quarter, but it was far from an inspiring result, and one likely reason for investor pessimism today is the company's lackluster top-line guidance in a struggling brick-and-mortar retail industry. Aaron's expects full-year 2020 revenue of $4.15 billion to $4.30 billion compared to consensus $4.49 billion and also a 2% to 4% decline in comparable-store sales. Management did an excellent job supporting its top line with better collections performance during the fourth quarter, but after two fairly disappointing quarters in a row, it needs to find a way to re-ignite comparable-store sales and traffic.