Hurricanes have little impact on sales growth, but weigh on profits.

Shares of home-furnishings lessor Aaron's Inc. (AAN) fell as much as 10% in early trading Friday, after the company reported third-quarter 2017 earnings that fell short of Wall Street estimates. Expected to report pro forma profit of $0.54 per share, Aaron's instead reported just $0.43. Net income as calculated under GAAP (generally accepted accounting principles) was $0.35.

After retracing its early losses somewhat, Aaron's stock closed the day down 7.4%. 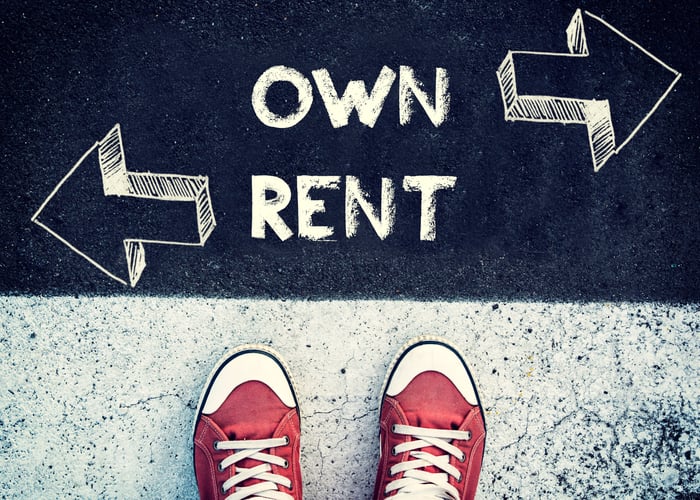 Rent? Own? At Aaron's you can do both. Image source: Getty Images.

Management blamed hurricanes Harvey and Irma for "disrupting" its business in the third quarter.

Despite the disruption, Aaron's reiterated its earnings guidance for the full year, as previously disclosed in its Q2 2017 report. Thus, Aaron's continues to expect revenue of between $3.33 billion and $3.44 billion this year. Earnings per share should range between $2.10 and $2.30, diluted.

Taken at the midpoint, that works out to a closing share price of $39.14, divided by $2.20 in profit, making Aaron's P/E ratio 17.8. That's kind of expensive for a rental business expected to grow at only 12%, and coming off a quarter in which it grew not at all. If investors are selling off Aaron's shares today, I can't really blame them.