Their food might be delicious, but shares of these three businesses could give your portfolio indigestion.

It's no surprise fast-casual restaurant stocks have already generated massive returns for many investors. By offering high-quality food at affordable prices with reasonably fast service, these restaurant chains blend some of the best aspects of both their quick-service peers and slower sit-down, casual-dining competitors. In the process, they've won the appetites of millions of today's time- and cost-conscious consumers.

But not all fast-casual stocks are created equal. So we asked three top Motley Fool contributors to each discuss a stock they believe investors would be wise to avoid right now. Read on to see why they chose Panera Bread (PNRA), Noodles & Co. (NDLS -1.05%), and Potbelly Corp. (PBPB -3.21%). 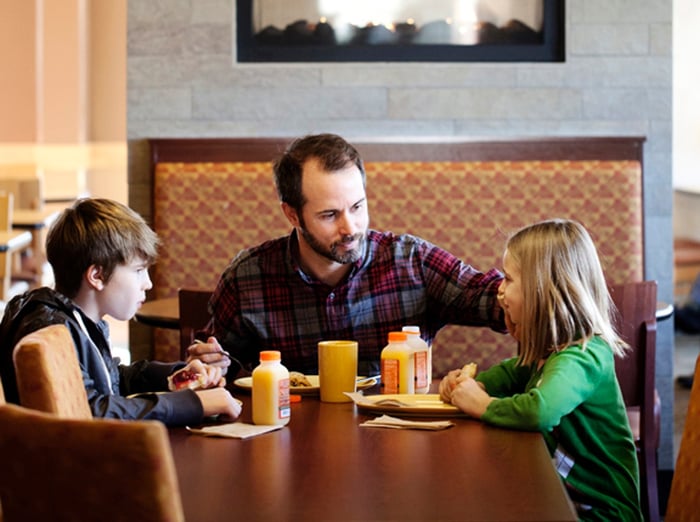 Anders Bylund (Panera Bread): The fast-casual industry may be trendy, but it's hardly a great starting place to locate your next market-beating investment. Profit margins are razor-thin, valuations generally hover in the nosebleed section, and short-sellers are making huge negative bets in this space. Stores in this category have seen slow foot traffic in recent months, as consumers under economic pressure have started thinking twice about paying more for a higher-quality lunch.

So I am happy to stay away from this sector as a whole. In particular, I'll gladly keep my portfolio at arm's length from Panera Bread.

Panera shares have returned a market-trailing 14% over the last year. Despite that uninspiring performance, shares are still trading at 37 times trailing earnings and a hair-raising 17 times the company's book value. That might be a reasonable valuation for a wrangler of intellectual property or restaurant franchise agreements, with very low capital costs and therefore not much book value to speak of. But Panera generates just 5% of its annual sales from franchise fees and royalties, so we're actually looking at a sky-high valuation measured against a substantial but rapidly plunging book value.

Panera's sales growth is also slowing down, clocking in at an average of 8.9% over the last five years but just 4.2% in 2016. In other words, the company is not backing up its lofty valuation via high-octane growth.

Management hopes to turn things around by getting customers to order and make payments through Panera's mobile apps. This idea is what passes for "Panera 2.0" nowadays. At best, more digital orders might grease the grinding wheels of Panera's operation -- a little bit. But it's not a game-changing idea, and the company's executives need to try harder. Shake up the menu, slim it down to a handful of ultra-popular items, improve the supply chain, rebalance the franchise agreements -- anything and everything should be on the table.

But that's not happening, leaving investors high and dry with an overvalued stock and no big ideas coming to the rescue.

No, thank you. This stock is not for me.

Take a wait-and-see approach to this struggling chain

Steve Symington (Noodles & Company): Shares of Noodles & Company have fallen a harrowing 70% over the past year. But considering that decline happened with good reason, I'm not willing to buy its stock just yet.

To be fair, many restaurant chains have acknowledged the current industry environment is a difficult one to navigate. But Noodles & Co. has consistently struggled to drive traffic in recent quarters, though revenue has climbed thanks to contributions from new locations. As of its most recent earnings report in early November, the company had posted five consecutive quarterly losses. Perhaps it shouldn't have come as a surprise, then, when Noodles & Co.'s CEO stepped down this past July.

To be fair, the company is striving to get back on track. Earlier this month, it announced it has raised $18.5 million through a private placement sale of Series A convertible preferred stock and warrants to shore up its balance sheet and fund strategic initiatives to improve performance. Among those initiatives are plans to close 55 underperforming company-owned restaurants, which should go a long way toward eliminating some negative cash flow in the process.

I don't think Noodles & Co. stock should be avoided forever. But at the very least, investors should wait for more clarity on its progress, which should be offered when the company next reports earnings in early March.

Pass on this sandwich

Demitri Kalogeropoulos (Potbelly): Toasted sandwich specialist Potbelly has a come a long way since opening its second location in 1997. By the end of 2016, the restaurant chain had passed 350 company-owned shops and 40 franchised stores.

Yet there's little evidence in its latest operating results to demonstrate that Potbelly can keep that impressive growth pace going much longer. Declining customer traffic trends produced disappointing comparable-store sales of just 1% last year, far below the 4% pace it enjoyed in 2015.

The comps figure also missed the 3.5% to 4% range that CEO Aylwin Lewis and his executive team forecast back in May. In an admission that the weak trends will persist, management forecast zero comps for 2016 and scaled back its plans to increase Potbelly's store footprint.

That's a smart move to make when traffic is trending lower at existing locations. And there's also good news for the business, including the fact that Potbelly's restaurant-level profit margin just ticked up to 20% of sales from 19%. Still, it's hard to see how its lunch-focused sandwich concept could break through the crowded fast-casual market given the wide range of options available to diners today. What's more likely, in my opinion, is that comps remain pressured, which will hold Potbelly's addressable market down to a relatively small segment of the industry.