Here's why our team of Fools thinks that Brookfield Renewable Partners, Oracle, 8point3 Energy Partners, and Facebook are all built to last.

We Fools are firm believers that the best way to invest is to buy high-quality companies and hold them for extended periods of time. That's an easy enough concept to understand, but it can be hard to execute in real life. Knowing that, we asked four of our contributors to highlight a stock that they believe is worthy of owning for the long term. 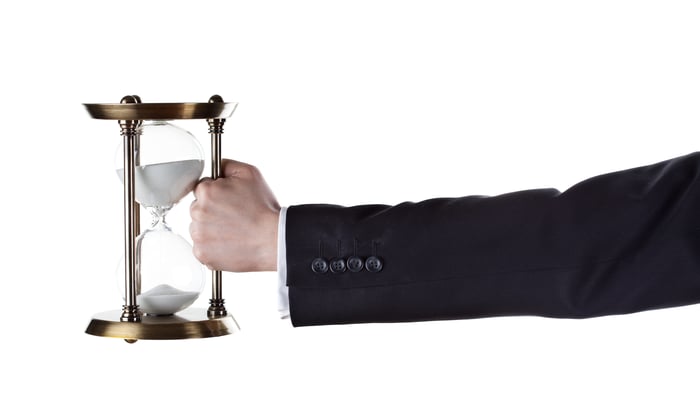 The king of social media will stay on its throne

Dan Caplinger (Facebook): Plenty of companies claim to serve the global market, but few have successfully built up a customer network as large as Facebook. With 1.86 billion monthly active users, roughly 1 in 4 humans on the planet are regularly involved with Facebook, and the company has made membership an essential aspect not just to take advantage of its own ecosystem but also to use a number of completely unrelated services as well. Many companies offer streamlined signup access to Facebook users that aren't available to non-users, and the social-media giant has been relentless in using its network effect as extensively as possible. About 1.23 billion users are on Facebook every day, showing how important the site is to many of its customers.

More importantly, Facebook has found ways to monetize its social network effectively. In its most recent quarter, revenue jumped by more than half, leading earnings to more than double from year-ago levels. The company has boosted its advertising loads meaningfully, helping to power net income higher. Facebook has warned that growth rates could slow when ad loads hit a saturation point, and 2017 is likely to be a year in which the company spends aggressively on internal investment. Yet that in itself could spur further growth for years to come, and that's a big part of why Facebook could see another decade of strength even after its impressive run.

The transformation is taking hold

Brian Feroldi (Oracle): Like other tech giants, database king Oracle was slow to realize the true potential of cloud computing. Thankfully, management has since seen the light and has been investing heavily in its offerings to better compete with rising tech stars such as salesforce.com. Those investments are starting to pay off in a big way as Oracle's quarterly revenue from its cloud services is growing at high-double-digit rates and recently crossed the $1 billion mark.

Looking ahead, Oracle looks well positioned for that trend to continue. The company's product offering has become so competitive that it recently became the market share leader in servicing businesses with more than 1,000 employees. In addition, Oracle recently spent $9.3 billion to buy NetSuite, a fellow cloud provider that has become the go-to player in the small business market. That gives Oracle a good shot at dominating both ends of the business cloud market, which hints that cloud revenue will remain in hyper-growth mode for the foreseeable future.

While Oracle's legacy on-premise licensing business will still dominate its financial statements for some time, the slow but sure shift to the cloud should help this company remain relevant for decades to come. With shares trading for 15 times forward earnings and offering up a dividend yield of 1.4%, Oracle has all the makings of a great buy-and-hold investment.

Cashing in on climate change

Matt DiLallo (Brookfield Renewable Partners): With climate change worries on the rise, renewables like wind, solar, and hydro will become an increasingly important part of global electricity supplies. That trend plays right into the hands of Brookfield Renewable Partners, which is one of the world's largest renewable power providers. While the bulk of its assets are hydroelectric, the company does have a growing wind business and is trying to buy both TerraForm Power and TerraForm Global to provide it with a solar platform.

One other thing that sets Brookfield Renewable Partners apart from most other renewable companies is its rock-solid financial profile. Currently, the company gets 90% of its cash flow from long-term contracts that have an average remaining life of 16 years. Because of that, its cash flow should prove to be very reliable for the next decade. Furthermore, the company has a top-notch balance sheet with an investment grade credit rating, which gives it the financial flexibility to make opportunistic acquisitions such as the TerraForm deals. In fact, the company's leverage is typically less than 40% debt to capital, which is well below the 50% to 80% leverage ratios found at the average yieldco (the structure that many renewable companies use, including the TerraForms). Furthermore, Brookfield only pays out about 70% of its cash flow each year to investors, versus 80% to 90% at the average yieldco.

Because of these factors, Brookfield Renewable Partners believes it can not only maintain its lucrative distribution -- which currently yields 6.2% -- but grow it by 5% to 9% per year. That growing income stream, combined with the company's ability to build and buy top-notch renewable projects, leads it to believe it can deliver 12% to 15% annual returns over the long term. That makes Brookfield Renewable Power an excellent investment to hold for the next decade.

When yieldcos are underappreciated, their yields go up, which is what we're seeing in the market today. 8point3 Energy Partners' stock yields 7.4%, and that's before an anticipated 12% increase in the dividend for 2017. So, if we're talking about a owning a stock for the next decade, investors will see at least 75% of their capital returned in the form of dividends over the next 10 years, and they'll still own valuable assets with years of contracted cash flows left.

The other advantage of the dividend is that it's tax-free. Yieldco distributions are treated as a return of capital, so at least for the next six or seven years, the dividends investors receive won't be subject to taxes the way other dividends would. And when you consider the high yield, low tax, and long-term contracted cash flows of 8point3 Energy Parters, this is the kind of stock I would be comfortable owning for at least the next decade.