Nestle (OTC:NSRGY), the world's biggest food and beverage company, recently posted earnings results that failed to meet management's expectations. What's more, the company projected another year of below-average gains as executives work to claw back to their long-term growth target.

Following the quarterly announcement, CEO Mark Schneider and his team held a conference call with Wall Street analysts to put the results in perspective. Here are a few key quotes Schneider said during that chat.

1. Nestle can do better

There is no beating around the bush; we were at the lower end of our own expectations.

Nestle ended the year with 3.2% organic gains, which not only trailed the 4% pace it entered the year targeting, but also fell below the updated 3.5% forecast that management issued in October. Executives pointed out that the lowered result still beat most rivals. Unilever, for example, boosted its foods division by just 2% over the last year. 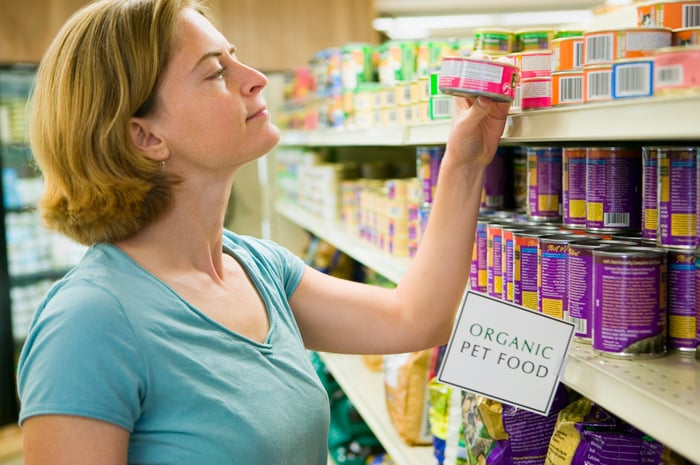 Management pinned most of the shortfall on weakening industry demand that sent sales volumes gains lower, particularly over the last six months. Volume growth in the first half of 2016 was 2.8% before slowing to 2.4% to close out the year, executives explained. Additionally, price boosts didn't quite reach the 3.5% level that Nestle had anticipated.

2. A balanced approach to growth

We believe that if you want to create value in the long term, it has to happen from the top line and the bottom line at the same time.

In a reference to major global rivals, Schneider put down what he saw as a misplaced focus on slicing costs, which delivers profit gains but often at the expense of organic growth. He might have been referring to companies like Coca-Cola, which raised operating margin by a full percentage point last year and expanded its value share of the beverage industry, but volume growth was a meager 1%.

"The long-term limitation," to an approach like that, Schneider said, "is that you can cut costs only once, and hence there's no long-term growth perspective." That's why Nestle aims to keep investing aggressively in improving its product portfolio, even if it means lower profits in the short term.

What specifically does Nutrition, Health and Wellness mean? It certainly does not mean, as some people speculated upon my appointment, that we're going to be turning into a pharma or a biotech company.

Executives believe there is significant value to be gained from making the food and beverage portfolio healthier through tweaks like lowering sugar and salt content and bolstering nutritional value. Consumers shifting toward healthy eating is a major factor behind sinking frozen meal sales, for example, which hurt its Stouffer's and Lean Cuisine franchises. Management is encouraged by gains they've seen in the segment lately, claiming that Nestle's repositioned frozen food brands have pulled the entire category back to modest growth in the U.S.

4. Nestle's not buying its way out of this funk

I just want to dissuade any concerns here that we would resort now to big ticket deal making.

Despite a massive war chest at their disposal, the management team isn't shopping for a game-changing merger or acquisition to reinvigorate growth. Valuations for big companies are "frothy," Schneider said, and so investors shouldn't expect a buyout to turn the company's fortunes.

Instead, Nestle aims to complement portfolio improvements and efficiency gains with a few small and medium-sized acquisitions that shore up its offerings in places.

Ultimately, the company sees fiscal 2017 as another building year, with organic sales hitting 3% at the midpoint of guidance. If everything goes to plan, though, the company expects return to its roughly 5% long-term growth target pace by 2020.