Please ensure Javascript is enabled for purposes of website accessibility
Log In Help Join The Motley Fool
Free Article Join Over 1 Million Premium Members And Get More In-Depth Stock Guidance and Research
By Rich Duprey – Jun 1, 2020 at 11:57AM

The global food company will change its burger's name while appealing the decision.

As impossible as it sounds, Nestle (NSRGY -1.08%) has lost a European trademark infringement case to Impossible Foods over its plant-based burgers.

The District Court of The Hague in the Netherlands ruled Nestle's Garden Gourmet Incredible Burger is so close in name to Impossible Foods' Impossible Burger that it would confuse consumers, even though the former launched its burgers in 15 countries last year and the latter doesn't sell its burgers in Europe yet. 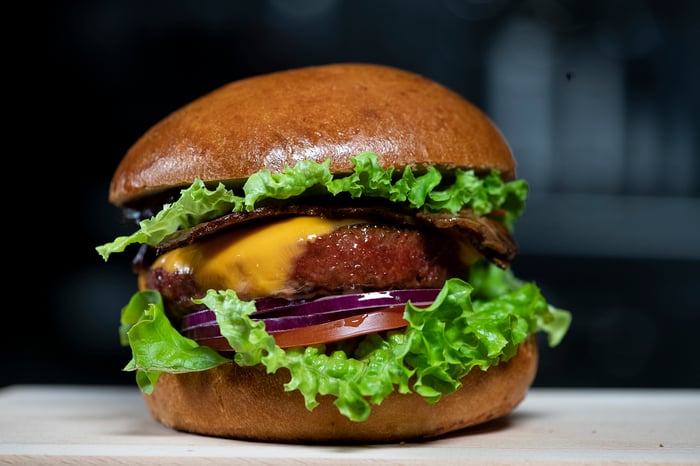 The market for plant-based meat alternatives is growing in the U.S. and globally, with Impossible Foods and Beyond Meat (BYND -1.80%) having credibly earned first-mover leadership status at restaurants and supermarkets.

A number of consumer products giants have realized the potential and either have, or are planning to introduce their own plant-based alternatives. In addition to Nestle, Cargill, Kellogg (K -2.60%), Kroger (KR -2.08%), Smithfield Foods, and Tyson Foods (TSN -1.38%) all want a piece of the action.

Impossible Foods sought an injunction against Nestle because it plans to expand into Europe and said Nestle was trying to undermine its ability to effectively compete by naming its burgers something so close to its own.

A Nestle spokesman told The Wall Street Journal, "We are disappointed by this provisional ruling as it is our belief that anyone should be able to use descriptive terms such as 'incredible' that explain the qualities of a product."

Nestle sells its plant-based burgers in the U.S. under the Awesome Burger brand. It said it would change the burger name in Europe to Sensational, but would also appeal the decision.