"AT&T is buying Time Warner ... a deal we will not approve in my administration because it's too much concentration of power in the hands of too few."
-- President Donald Trump, October 2016

With $85.4 billion hanging in the balance, the above rhetoric is enough to keep Time Warner (NYSE:TWX) and AT&T (NYSE:T) investors up at night. However, as you will see below, lawmakers' tones have changed dramatically regarding this megamerger in the subsequent months. Here's why, for all the tough talk, Time Warner shareholders have nothing to worry about.

In mid-January, AT&T chief Randall Stephenson extended the corporate olive branch, visiting Washington for a 45-minute meeting with the president-elect. A statement issued afterward described the session as "a very good meeting." Though the two reportedly did not broach the subject of AT&T's bid for Time Warner, they did discuss ways to "create jobs, lift up wages and the policies and the regulations that stand in the way of them creating further jobs," according to the then-incoming White House press secretary, Sean Spicer.

Perhaps more important, regulators who would play crucial roles in a potential review of the AT&T-Time Warner deal have more recently signaled the buyout could avoid federal review altogether. In an interview at the Mobile World Congress in February, Federal Communications Commission (FCC) Chairman Ajit Pai told the audience, "My understanding is that the deal won't be presented to the commission." Noting that no airwaves licenses would be transferred as part of the deal, Pai stated, "That is the regulatory hook for FCC review." Many see the FCC's stance as a bellwether for this deal since an FCC review is widely considered more stringent than a Department of Justice (DOJ) review. Therefore, the FCC declining to review the deal meaningfully diminishes the odds the DOJ will elect to review the case as well.

This news also follows a number of more accommodating statements regarding regulatory approval of mergers to come out of Capitol Hill in recent months. So even though anything could happen in the months until the deal closes -- both companies expect it to close by the end of the year  -- it appears the regulatory path is becoming increasingly clear for AT&T and Time Warner. 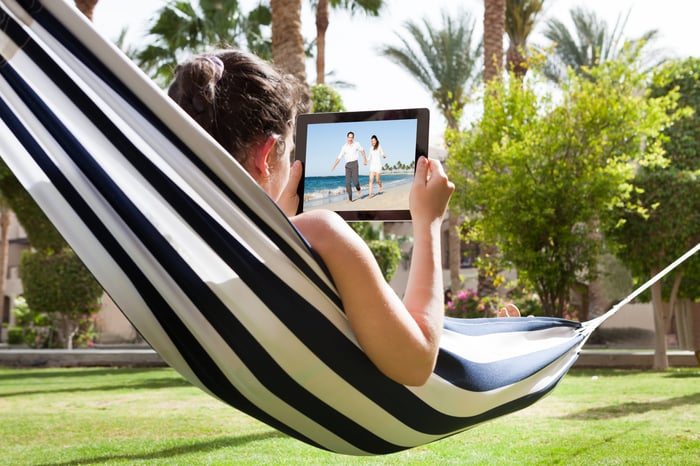 Why the deal matters

By purchasing Time Warner, AT&T will control the production and distribution sides of the TV business, making it only the second vertically integrated media giant behind rival Comcast. Because of its massive base of wireless subscribers, AT&T is well-positioned to launch new cable plans that stream content over its wireless network and directly to users' wireless devices. Owning Time Warner's content assets will prove critical to these efforts, particularly in negotiating content licensing agreements with rivals.

Modern cable bundles are comprised of channels that are owned by a handful of media companies including Time Warner, Comcast, the Walt Disney Company, and others. AT&T's control of key content assets like Time Warner's CNN, TBS, and other channels can be used to force competitors to license their own content to the company. This might prove particularly important in AT&T's discussions with Comcast (owner of CNBC, Bravo, etc.), which also plans to roll out its own mobile cable-subscription plans in the coming years. AT&T's CEO has described the negotiations for its coming mobile content service as "really hard and really slow."

If AT&T can successfully roll out its mobile bundle in the next year or two, the company and Comcast will enjoy the strongest competitive position in the cable distribution and wireless industries. Other companies are sure to follow this trend, especially as next-generation, ultra-fast 5G networks come online toward the end of the decade. So while AT&T and Time Warner shouldn't take this deal for granted just yet, most signs suggest that they can be fairly certain that this all-important merger will indeed happen as planned.