The mobile game maker got a nice boost last month -- but the stock still looks questionable.

Shares of Glu Mobile Inc. (GLUU) climbed nearly 18% in March, according to data from S&P Global Market Intelligence, as the market's negative reaction over the company's Q4 results released in February seemed to subside.

While the stock performed well in March, that follows a big dip in February when the company reported fourth-quarter sales of $46.3 million, a 24% decrease year over year and a wider loss than expected -- and wider than Q4 in the year prior. The stock is up over the last month as the market returned some of what it took following those disappointing recent earnings, but it's still down around 55% over the last two years.

Glu Mobile is best known for its games like "Gordon Ramsey Dash," "Kim Kardashian Hollywood," and other social games that often spread quickly thanks to their pop-culture relevance and ease of quick play. Compare that style to studios like Activision Blizzard and Electronic Arts, which spend years developing more sophisticated games that have much higher staying power. 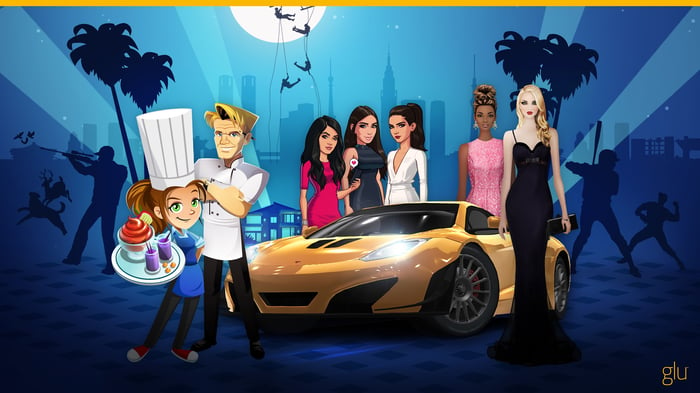 The gaming market itself looks like a great place to invest right now, as the focus on digital downloads and mobile capabilities are driving many companies' sales and earnings significantly higher. Virtual reality, e-sports, and other growth drivers make this industry very appealing for long-term-oriented investors.

This might seem like a good time to buy shares of Glu Mobile for a long-term discount with recent momentum, but we've yet to see proof that the company can turn its style of gaming into positive long-term results in the way more contemporary gaming companies have been able to, and the stock's run in March doesn't seem to have much of a foundation. For those looking to play this space, there seem be much better options than Glu Mobile.