The stock took a beating because of weak forecasts, but here are three things investors can still cheer about.

Taking a sharp turn from the momentum it's been building over the past year, lululemon athletica Inc. (LULU -1.03%) stock was punished in late March, when the company reported a relatively strong Q4 and full-year earnings, but with weak guidance for the year ahead. Looking beyond those short-term growth concerns, however, there are a few parts of the company's earnings that look especially attractive for long-term investors.

Sales increased 14% for the fiscal year ended Jan. 29, year over year, while earnings per share grew an impressive 17% during the year. On the surface, those are relatively solid results. However, management said the company has had a "slow start" to 2017, and that because of a lack of interesting colors and designs, among other pressures -- the company expects a decline in same-store sales in Q1. In response to this, the market immediately cut its stock price, despite the fact that the company is still guiding for full-year sales growth of around 11% to 13%. 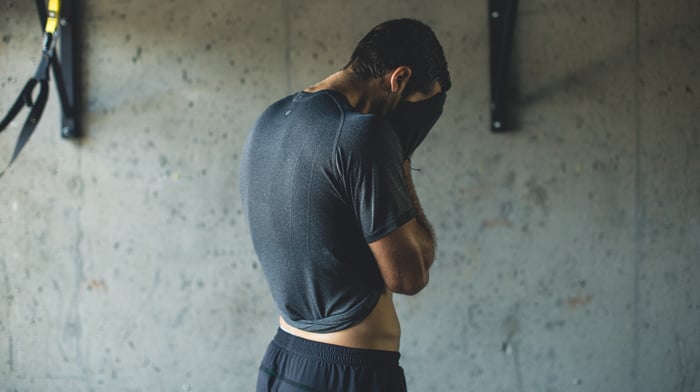 Similar sales growth pressure is also affecting other athletic brands, such as Nike (NKE -1.12%) and Under Armour (UAA -0.94%) (UA -0.54%), both of which have each seen their own stocks pummeled following recent earnings releases because of weak sales and future outlooks that were lower than analysts expected. Nike's stock is down almost 8% over the past year, and Under Armour is down around 50%.

Even though Q1 is likely to be rough, and declining comparable-store sales are certainly cause for concern and something to watch going forward, here are some strong points from lululemon's earnings.

1. International expansion: Lululemon is expecting sales to continue growing even as comparable sales drop, presumably due to a growing number of actual stores -- the company added about 43 stores through 2016 to a total of 406, and is planning another 50 store openings this year. Of course, there's the risk that lululemon is relying on new stores for growth when existing stores can't hold up on their own, but the company seems to have only just scratched the surface of its global expansion possibilities and could significantly increase its international store count in the years to come to drive much higher revenue long-term.

Management said during the earnings call that they are on track to make international sales a $1 billion segment for the company by 2020, or about a quarter of the $4 billion revenue they expect by then, largely through growth in China. Lululemon doesn't break out international sales in its earnings, but management did give some insight in the earnings call about the company's plans for further global growth. CEO Laurent Potdevin said that:

Beginning in early Q2, we'll launch our first global brand campaign in partnership with the dynamic creative agency that is also the leading amplifier and distributor of content to millennials across the world. Through these disruptive and innovative campaigns, we will strengthen our guest loyalty, while also inspiring millions of new guests to join our growing collective.

2. Strong balance sheet: The company ended fiscal 2016 with cash and cash equivalents of nearly $735 million, up almost 50% from the end of fiscal 2016. Additionally, the company has essentially no debt, meaning that it is able to deploy capital freely to invest in new areas of growth, buy back shares, or utilize its capital in other ways since its growing cash isn't tied up in debt expenses.

This shows that the company should be able to continue its global expansion plans without the pressure of raising additional capital. Management also said during the call that they are planning to increase capital expenditures in the year ahead not only on new store openings, but also on store renovations, and perhaps most importantly -- strategic IT and supply chain investments. 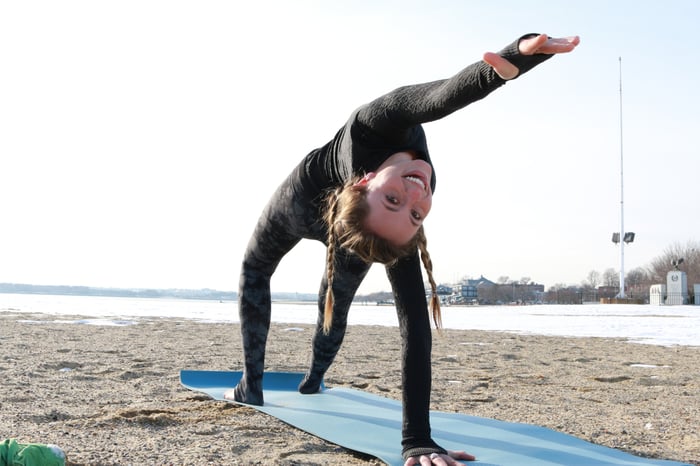 3. Gross margin boost: One of the most impressive parts of Lululemon's recent sales growth is that the company did it with mostly full-priced items, without needing to use discounts to drive higher traffic. The company's gross margin grew impressively, from 48% in the year prior to 51% in the recent fiscal year. Even more impressive is that its Q4 gross margin jumped to 54.2%.

Compare that with Nike's gross margin, which dropped to to 44.5% in its recent quarter, a multi-year low, as it used discounts to clear excess inventory. The same was true for Under Armour, which ended 2016 with a gross margin at 46.5%, and which expects further declines in Q1. Lululemon's strength in increasing sales while maintaining gross margin should help drive strong earnings growth in the years ahead, and could provide some cushion for the brand to still run promotions in 2017 to reignite sales -- without giving up too much in terms of earnings growth.

While its guidance for Q1 was certainly disappointing for investors who had enjoyed Lululemon's momentum in recent months, the stock could be on sale for investors looking to add shares now. With its rise in earnings and cut in price, the shares are now trading at 24 times earnings, just 19 times forward looking earnings estimates, which could be a good price as the company continues to capitalize on the growth drivers above.