Please ensure Javascript is enabled for purposes of website accessibility
Log In Help Join The Motley Fool
Free Article Join Over 1 Million Premium Members And Get More In-Depth Stock Guidance and Research
By Rich Smith - Apr 23, 2017 at 10:13AM

81 million shares of Amazon.com stock give him ready access to start-up capital.

Up 46% in 52 weeks, Amazon.com (AMZN 5.73%) stock is one of the best performers on the stock market. That's good news for founder Jeff Bezos, who according to S&P Global Market Intelligence owns 81 million of Amazon's 428 million shares outstanding (about 19%). 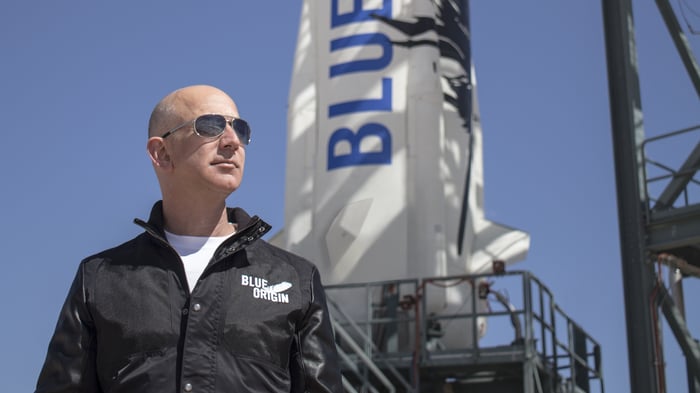 More companies developing more ways to get to space will necessarily introduce more competition for established space giants like Boeing (BA 3.30%), Lockheed Martin (LMT 0.13%), and Orbital ATK (OA). With that increased competition will come price pressure that will squeeze the profit margins of the incumbent providers -- indeed, it's forcing price cuts and squeezing margins already at Boeing and Lockheed today.