Please ensure Javascript is enabled for purposes of website accessibility
Log In Help Join The Motley Fool
Free Article Join Over 1 Million Premium Members And Get More In-Depth Stock Guidance and Research
By Lee Samaha - Updated Apr 24, 2017 at 7:54AM

The staffing company continues to report lackluster hiring conditions in the U.S. among its core end markets.

Once again, investors in staffing company Robert Half International (RHI 3.76%) have been left wondering just when the company will see the benefits of a pickup in hiring by its customers. While its first-quarter 2017 earnings were at the high end of expectations, it certainly wasn't due to any increase in temporary or permanent hiring among its client base in the U.S. Let's take a closer look at what's going on.

Starting with a look at the headline numbers from the quarter:

Clearly, the headline numbers are a net positive for Robert Half International, but perhaps not so much for those looking for resurgent hiring of white-collar workers in the U.S. 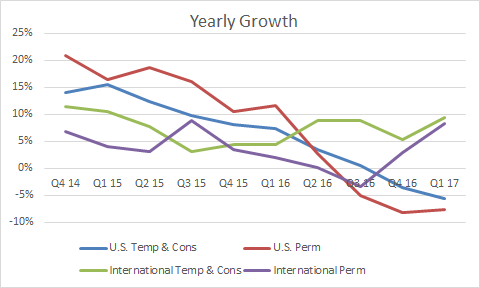 CEO Max Messmer said on the earnings call that the U.S. economic environment is stable and the "job market is strong," but "the hiring cycle remains uncharacteristically long as employers take more time to make hiring decisions." This comes even as business optimism -- measured with soft data such as surveys -- has showed a "noticeable improvement in optimism" in the U.S. 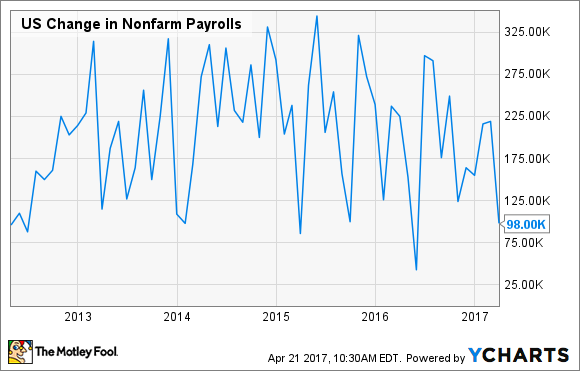 Credit Suisse analyst Anjaneya Singh pointed out the discrepancy with the BLS data, and CFO Keith Waddell made the following points:

Expanding on the last point: The guidance for the second quarter for revenue in the range of $1.275 billion to $1.335 billion implies a  3% decline at the midpoint on a reported basis, but when adjusted for days and currency, it's only a 1% decline, compared to the 1.2% decline in reported revenue for the first quarter. 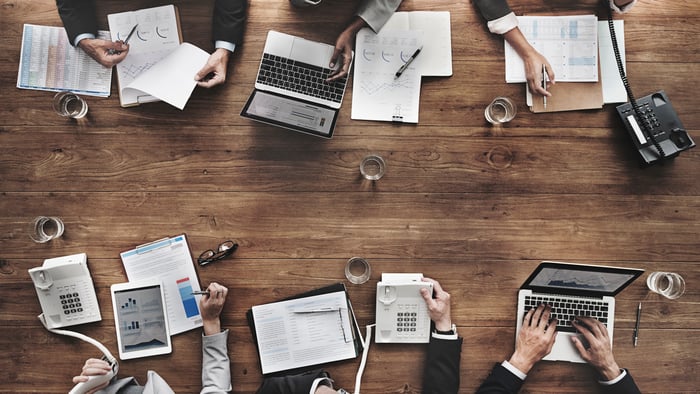 Management outlined that U.S. conditions are relatively improving, with evidence that Robert Half ended the quarter better than it entered it. Moreover, given increasing business optimism, it's understandable if its outlook remains positive in tone, even as the midpoint of guidance for the second quarter implies a decline.  However, so far in 2017, the companies Robert Half generates revenue from appear to be continuing to take a wait-and-see approach to white-collar hiring, just as investors are waiting to see when revenue growth will turn positive again.