Net income doubled on some one-time gains -- and on a 11% increase in sales at Mercedes-Benz.

German automaker Daimler AG (DDAI.F 1.12%) said on April 26 that its first-quarter net profit doubled to 2.8 billion euros ($3.1 billion) from a year ago, on a strong increase in sales of its Mercedes-Benz luxury vehicles.

The report wasn't a surprise, as it confirmed preliminary results that Daimler had released earlier in April. Shares rose modestly on the news.

Daimler also raised its full-year guidance, saying that it now expects a significant increase in operating income over its very good 2016 result. 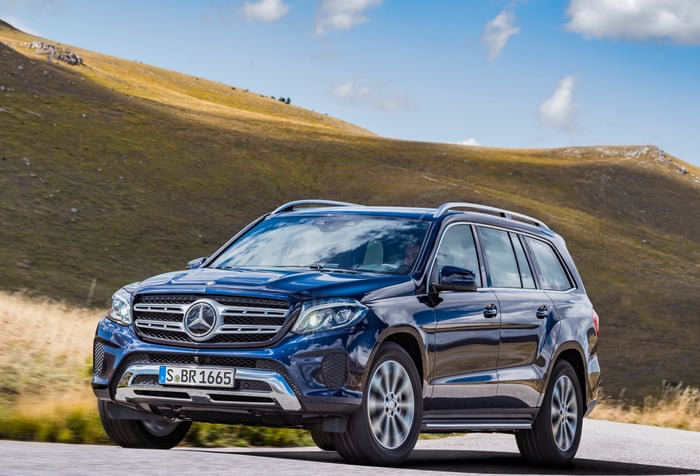 The Mercedes-Benz GLS-Series was one of several SUV models that helped the luxury brand to an 11% first-quarter sales gain. Image source: Daimler AG.

Daimler said in its preliminary earnings report on April 11 that its big increase in profit was driven by three factors:

There was one other factor, an important one: Worldwide sales at Daimler's Mercedes-Benz Cars unit, which builds and sells Mercedes-brand luxury cars and SUVs, rose a healthy 14% in the first quarter.

Here's how each of Daimler's business units performed during the quarter. 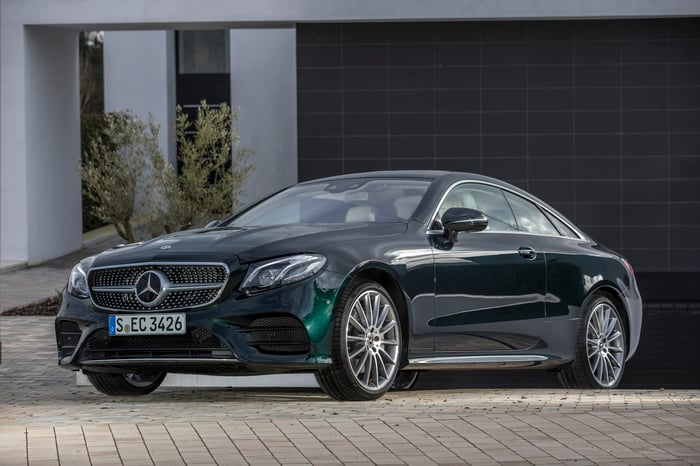 Many automakers have seen sales of car models suffer in recent months as buyers increasingly choose SUVs. But Mercedes' new E-Class lineup bucked the trend and did well in the first quarter. Image source: Daimler AG.

What Daimler executives said about the quarter

CFO Bodo Uebber said Daimler was on track to meet its full-year goals:

We made a very good start to the year and once again surpassed our margin targets in the automotive business. We are very confident for the remainder of the year to achieve our financial as well as our strategic goals. At the same time, we are constantly aware of the political and economic challenges and will continue to act flexibly and cautiously.

A very successful quarter lies behind us. Ahead of us, we have a variety of opportunities for further profitable growth. We do have the right products to take advantage of these opportunities -- and the financial strength to make the necessary investments. The latest example: our new S-class. Daimler remains on the fast lane. 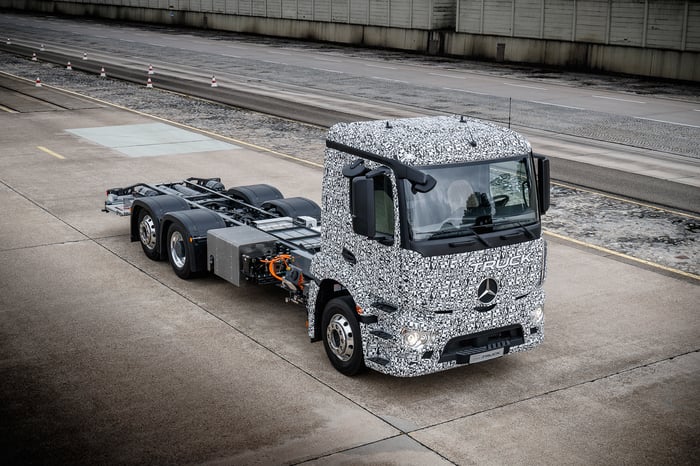 Daimler is spending heavily to develop new technology including electric drivetrains for trucks. It expects to bring an electric medium-duty truck to market within a few years. Image source: Daimler AG.