Daimler AG (DMLR.Y 0.06%) CEO Dieter Zetsche is confident that demand for Mercedes-Benz vehicles remains strong, despite a 13% drop in sales in the company's home market of Germany that dented third-quarter results.

Daimler's third-quarter earnings before interest and tax (EBIT) fell to 2.49 billion euros ($2.85 billion at this writing) from 3.46 billion euros a year ago, after EBIT at the company's Mercedes-Benz Cars unit fell 35% from the third quarter of 2017.

What happened with Daimler this quarter? 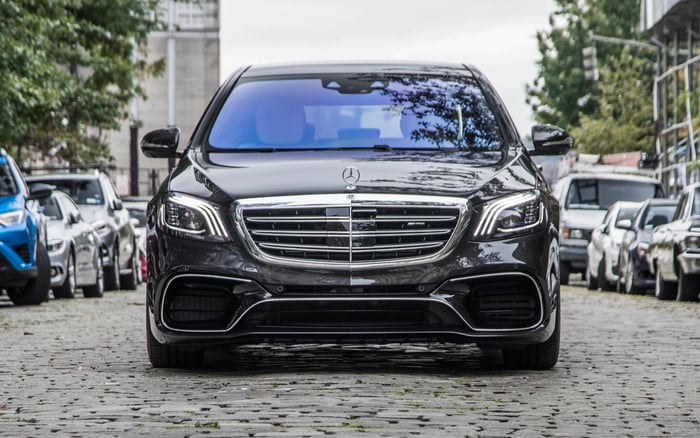 CFO Bodo Uebber expanded on Zetsche's remarks, saying that Mercedes' sales drop in the third quarter was due to supply issues, not a decline in demand:

With almost 560,000 units sold, Mercedes-Benz Cars was 6% below last year's level. The reasons for the sales decrease include model changes, restricted vehicle availability in Europe and some international markets, and very intense competition. And to emphasize it again, the sales performance is a result of limited product availability and not due to low demand.

Daimler issued a statement last Friday warning that its third-quarter EBIT would be down sharply. It also lowered its full-year guidance for the Mercedes-Benz Cars, Daimler Buses, and Daimler Financial Services units, and for its overall earnings. It reiterated that lower guidance in its earnings report on Thursday:

The upshot: Daimler currently expects its overall 2018 EBIT to be "significantly below" its 2017 result of 14.68 billion euros.