Please ensure Javascript is enabled for purposes of website accessibility
Log In Help Join The Motley Fool
Free Article Join Over 1 Million Premium Members And Get More In-Depth Stock Guidance and Research
By Justin Loiseau - Apr 29, 2017 at 8:55AM

When it comes to upending the automaker's market, General Motors (GM 2.67%) has a lot to lose. But this car corporation isn't getting left in the dust on the race to self-driving success. Here are three ways General Motors is betting big on self-driving cars. 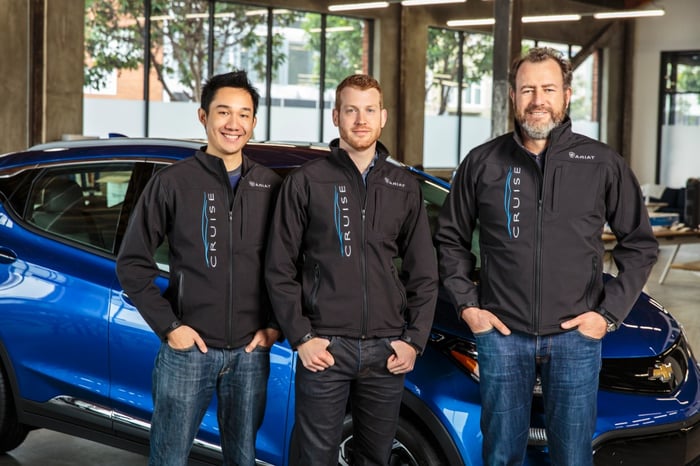 What does a big corporation do when it wants to enter a lean, nimble, innovative space? It either upends its corporate culture to think like a start-up, or it acquires one. General Motors chose the latter. Last March, the company purchased San Francisco-based start-up Cruise Automation and its aftermarket autonomous-driving kit. In the announcement, General Motors Global Product Chief Mark Reuss noted, "Cruise provides our company with a unique technology advantage that is unmatched in our industry."

General Motors isn't the only mega-corporation to buy its way into a self-driving strategy. Uber acquired autonomous truck company Otto (and is currently embroiled in a lawsuit with Alphabet (GOOG 1.95%) (GOOGL 1.75%) because of it), and just last month, Intel Corporation coughed up $15 billion for Mobileye N.V. to get itself into the self-driving software and chip business.

2. Money on the table

When it comes to self-driving cars, some companies will pay lip service to autonomous cars without putting money on the table -- not so for General Motors. According to Vox Media's recode, a tech news company, GM reportedly spent over $1 billion on its Cruise Automation acquisition and continues to put more money behind its push for self-driving cars. Last week, the company announced that it plans to add 1,100 employees to Cruise's workforce over the next five years. That's a nearly 30-fold increase over the 40-person staff Cruise boasted at the time of acquisition. Additionally, GM will invest $14 million into a new R&D facility, doubling its current space.

"Expanding our team at Cruise Automation and linking them with our global engineering talent is another important step in our work to redefine the future of personal mobility," said GM Chairman and CEO Mary Barra. "Self-driving technology holds enormous benefits to society in the form of increased safety and access to transportation." 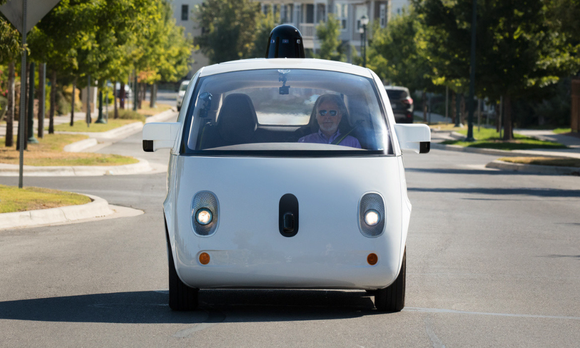 Companies create competitive moats in many ways. General Motors, a longtime player in the heavily regulated automotive space, is making inroads into self-driving politics. First, it's secured tax credits for its expansion. Under California Governor Jerry Brown's Office of Business and Economic Development (GO-Biz), General Motors will enjoy an $8 billion tax credit on its R&D facility build-out, something no other publicly traded automaker has taken advantage of. Additionally, General Motors has hired lobbyists to try to influence regulation. According to investigative reporting by Car and Driver, a GM-hired lobbying firm urged Colorado lawmakers to propose an autonomous driving act that could make it illegal for non-traditional carmakers to deploy self-driving vehicles -- that would have a huge effect on more technology-based companies like Alphabet, Apple, and others that are experimenting with their own self-driving cars. In fact, some tech companies and other automakers have fought back with their own lobbying group and have been largely successful in stymying this sort of regulatory favoritism.

Will GM win the self-driving race?

With a start-up acquisition, money on the table, and a strong understanding of regulatory opportunities, General Motors has made it clear that it does not want to be left behind in the self-driving car race. However, it remains to be seen whether this automaker will emerge ahead of the pack. Other companies such as Alphabet are following similar strategies, and those who believe that this is ultimately a technology race may be hesitant to bet their money on one of the biggest and oldest automakers in the world, regardless of the bets GM is placing on itself.