Shares of Beazer Homes USA (NYSE:BZH), one of the nation's largest builders of single-family and multifamily homes, were up nearly 10% as of 1 p.m. EDT Thursday, after the homebuilder posted improved second-quarter results despite a net loss.

Homebuilding revenue increased 11.8% to $421.9 million, compared to the prior year, which was much higher than analysts' estimates calling for $297.3 million. That favorable result was driven by a 7.7% increase in home closings and a 3.8% increase in average selling price.

Beazer's bottom line was a little trickier. While the company reported a loss of $7.5 million for the quarter, it included a $15.6 million loss from the early extinguishment of debt incurred from its refinancing activity. Excluding that charge, its net income would have been roughly $2.5 million. Further, its adjusted EBITDA (earnings before interest, taxes, depreciation, and amortization) for the second quarter was $33.2 million, a 27% increase over the prior year. 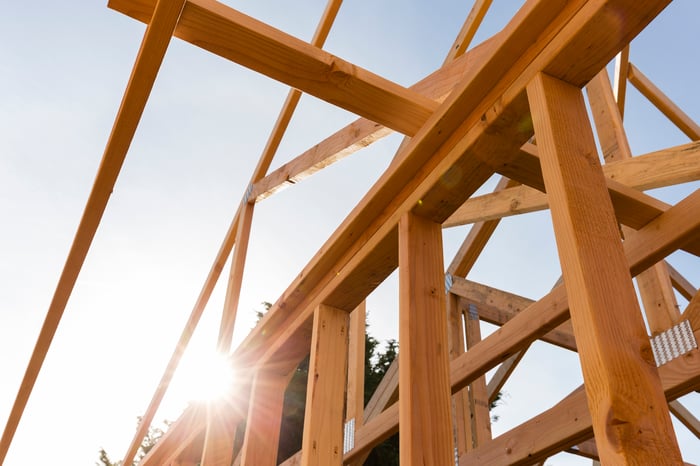 Management remains confident that its focus on providing homes to millennials and active adult buyers will help drive significant improvements in profitability.

"We had a terrific second quarter -- with improvements in both home sales and closings, higher average sales prices, better gross margins and a lower SG&A [selling, general, and administrative expenses] ratio, all contributing to a substantial increase in EBITDA," said Allan Merrill, Beazer's president and CEO, in a press release. "We also positioned ourselves for future growth through increased land spending, expansion of our Gatherings business and the strengthening of our balance sheet."

If the company can continue to execute its growth strategies and ground-breaking in lucrative markets, it should continue taking steps toward more consistent and healthy bottom-line results -- but that seems far from a sure thing, so expect this stock to be volatile.