Please ensure Javascript is enabled for purposes of website accessibility
Log In Help Join The Motley Fool
Free Article
Join Nearly 1 Million Premium Members And Get More In-Depth Stock Guidance and Research
By Rich Duprey – May 8, 2017 at 11:05AM

These three stocks have been beaten down. Is it time to buy them up?

Too often when a company has been beaten down, investors think they need to sell. If everyone else is getting out, the thinking goes, you should, too. But that may not be the right way to view it. Sometimes, when a stock goes on sale, it's time to buy more.

That doesn't mean you run out and buy every stock that suffers a big drop. A cheap stock can also be cheap for a reason. So read on to find out if Kate Spade (KATE), Mattel (MAT -0.47%), and Under Armour (UA -0.54%), which have all fallen sharply from their 52-week week highs, are stocks to run away from or bargains waiting to be snatched up.

The prognosis doesn't look good for handbag maker Kate Spade, which seems to be simply waiting for someone -- anyone! -- to come along and make an offer to buy it out. The biggest problem may be no one is interested.

Although Reuters reported earlier this month that rival Coach (TPR -0.56%) had put in a bid on the company, management reportedly needed more time to consider the offer and perhaps try to find someone willing to pay more. That suggests Coach made an especially low offer and thinks the company's business may be on the wane. Michael Kors, which has also been struggling, is also reportedly eying its rival, but nothing has materialized yet.

That could be because Kate Spade thinks too highly of itself. Its first-quarter results showed comparable-store sales falling 2.4% for the period, or more than 8% if you exclude e-commerce, its first quarterly decline in seven years. While its online efforts remain robust and grew at double-digit rates, the difficult retail environment at the mall is clearly evident here and serves as a drag on performance.

Kate Spade is being pushed to sell itself by activist investor Caerus Investors, which thinks the retailer deserves a premium as it transitions into becoming a so-called lifestyle brand. That's the same course Coach embarked on as its handbag sales began to falter. It wandered in the wilderness for years as it sought to form an identity, and only recently did it gain any sort of traction. Whether consumers consider the one-time aspirational luxury brand to be a lifestyle brand is probably up for debate, but Kate Spade's expansion beyond just handbags into shoes and other fashion gear is probably the reason Coach has an interest. It purchased luxury-shoe company Stuart Weitzman a few years ago, and that's been a bright spot since the beginning.

Kate Spade's stock has fallen 33% from its 52-week highs that were fueled by the takeover talk, only to crash after it seemed the Coach bid was failing. The stock does carry a discounted multiple that, if analyst expectations of a bid in the low-$20s are appropriate, could represent a nice 25% gain or so from their current levels. But that's only if someone actually comes through with a bid. 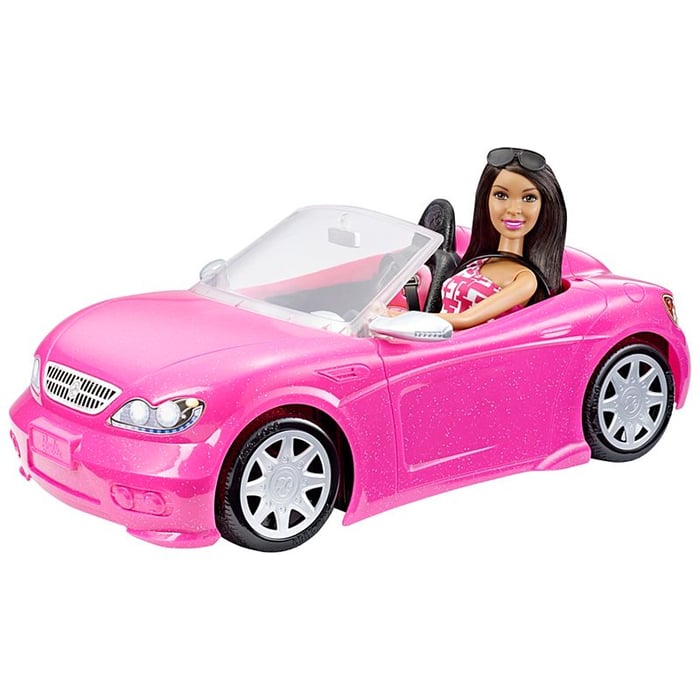 Everything old is new again, at least when it comes to Mattel. The toymaker had been careening lower on poor sales but seemed to be turning things around with worldwide sales that were moving higher by high-single-digit percentage rates when factoring in currency fluctuations, and with almost all divisions -- including its aging Barbie brand -- showing growth. But then it reported its earnings last week, and all that newfound growth evaporated.

Net sales in North America plunged 23% as Barbie tumbled once again, falling 13% year over year, and other girls toys saw sales plummet 34%. Mattel blamed the performance on the weak Christmas selling season that left too much inventory on retailer shelves.

What the quarterly results did was also reveal the still-gaping hole left behind by the loss of Disney's (DIS -2.21%) Princess and Frozen doll lines. Rival Hasbro (HAS -2.40%) reported blowout numbers back in February as a result of having taken over the Disney dolls, reporting a 31% jump in partner brand revenue primarily because of having the Princess and Frozen dolls in its lineup for a full year. Where once Mattel looked as if it may have gotten itself back on track, even in the face of some lingering headwinds, it's clear now that it couldn't overcome the turbulence.

But Mattel's stock is now 34% below its recent high, and at 24 times earnings and just 12 times next year's earnings estimates, it's now not so richly valued. But sometimes a broken stock is broken for a reason, and investors should probably wait a while to see if the toymaker can repair itself before committing any money here.

If there's one thing that Under Armour is not, it's undervalued. With a business that's weakening across most of its lines, a downward revision of its full-year 2018 revenue forecast, and a stock that's lost more than 63% of its value from its 52-week highs, Under Armour still trades at almost 40 times trailing earnings and 33 times next year's estimates, and it has a price-to-earnings ratio that's well more 7 times estimated long-term earnings growth.

In comparison, the stock of better-situated Nike (NKE -1.12%) goes off for just 23 times earnings, which is less than the S&P 500's multiple of 26 and nearly 22 times estimates. It also trades for just twice its earnings growth forecasts.

Analysts aren't expecting Under Armour to dazzle when it reports earnings later this week, and despite the prospects for better-than-expected footwear sales in some channels, the overall scheme looks to be set against the apparel maker. Barron's recently reported that Deutsche Bank's analyst thinks it will face an uphill challenge, particularly as Nike and Adidas have found their footing again.  And my Foolish colleague Jeremy Bowman just laid out how Under Armour is losing favor among teens, a key demographic for any retailer.

In short, even though Under Armour has fallen far, it may not be far enough and could head even lower following its next earnings report.