Please ensure Javascript is enabled for purposes of website accessibility
Log In Help Join The Motley Fool
Free Article Join Over 1 Million Premium Members And Get More In-Depth Stock Guidance and Research
By Harsh Chauhan - May 24, 2017 at 10:49AM

Cypress Semiconductor (CY) trumped Wall Street's expectations during the first quarter of fiscal year 2017 by beating the upper end of its own guidance range, but investors were not satisfied. Shares of the semiconductor specialist have lost momentum since its results were released on April 27, bringing a brief halt to a terrific rally that began in February last year.

What's even more surprising is that Cypress shares failed to take off despite a massive reduction in the GAAP net loss and a strong second-quarter revenue guidance. But investors shouldn't feel discouraged as these two key trends can help Cypress regain its momentum.

The automotive business is gaining traction

The automotive business accounted for a third of Cypress' top line during the first quarter, with revenue from the segment growing 6% year-over-year. By comparison, the segment was just 12% of total revenue in 2011. 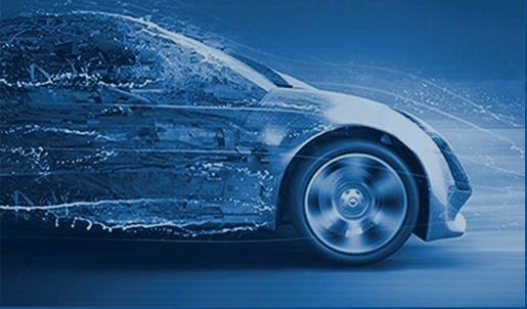 More importantly, the automotive business looks poised to grow even more thanks to a slew of design wins. As it turns out, Cypress is currently working on 90 design wins for advanced driver assistance systems (ADAS), and 80% of these projects are from the 12 top automotive component makers.

This could be a big deal for Cypress in the long run as it expects ADAS application deployment to grow at 17% annually from 2016 to 2021. Therefore, the growing chip content inside cars and a growth in vehicle production opens up a secular growth opportunity for the company.

More specifically, the semiconductor content in each car will average $374 in 2019 as compared to $332 in 2015, according to NXP Semiconductors. Throw in an expected jump in vehicle production, and the total addressable market for automotive semiconductors will be worth $36 billion in 2019.

Not surprisingly, Cypress is expanding its product portfolio into areas such as automotive body electronics to corner a larger share of this market. For instance, the company recently landed a deal with Continental AG of Germany to supply its Traveo II microcontroller family that can control body electronics such as doors, seats, windows, sunroofs, and wireless charging terminals.

Now, Continental is a big player in the automotive components space with €40 billion in revenue in 2016. So Cypress' design win over here sets it on its way to tap a market that could be worth $60 billion in 2023, per research from Global Market Insights, which should further boost its automotive revenue.

Cypress leads the USB-C connectivity and power delivery market with 35% market share. The technology, which enables fast charging and data transfer in laptops and smartphones, is fast becoming the industry standard as it occupies less device real estate.

In fact, a single USB-C port can replace the multiple ports needed in laptops for different applications such as charging, data transfer, display, and Ethernet. Not surprisingly, the USB-C market is expected to clock 89% annual growth from 2016 to 2021, according to Strategy Analytics and Cypress' own estimates. The good news is that the company is well-placed to tap this secular growth opportunity as five of the top six PC manufacturers are its clients.

On the other hand, Cypress' USB-C solutions are also being used by smartphone makers such as Samsung. The latest Galaxy S8 smartphone features a USB-C port for charging, and it is likely that Cypress is supplying the solution to enable this feature. Additionally, the company is also supplying four chips to power Samsung's DeX dock accessory, which allows users to seamlessly convert their smartphone into PCs.

Another rumor doing the rounds is that Cypress could become a supplier for Apple's next iPhone. Well-known analyst Ming-Chi Kuo believes that the iPhone maker is going to use Type-C power delivery in its next flagship device to enable fast-charging capabilities, which could give Cypress a nice boost in the second half of the year.

But investors shouldn't forget that USB-C technology is a long-term play. ABI Research estimates that shipments of USB Type-C-equipped smartphones will jump to 830 million units in 2021, opening up a huge addressable market for Cypress Semiconductor to tap into.

Cypress Semiconductor's rally seems to have hit a brief pause, but investors shouldn't worry too much about it. The bright prospects in the smartphone and automotive markets should help the company accelerate its revenue growth and cut losses, which could boost its stock price once again.