A Goldman Sachs analyst thinks that Micron Technology's (NASDAQ:MU) terrific run on the stock market in the past year will hit a roadblock very soon. Mark Delaney earlier this month cut the high-flying memory specialist's rating from buy to neutral and reduced the price target to $30, indicating that the stock can't deliver any more upside.

Still, investors seem unfazed by the analyst's action and the stock is up slightly since the downgrade was reported May 8. Delaney believes that a potential weakness in DRAM memory prices is going to derail the chipmaker's growth, but the demand dynamics indicate otherwise. 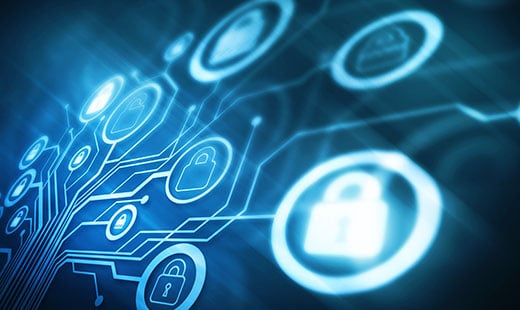 DRAM prices will get better

Goldman Sachs' DRAM supply chain checks indicate that a 46% jump in capital spending in DRAM equipment over the past two quarters is leading to a slowdown in pricing. However, the DRAM market is traditionally weak during April and May as demand remains weak until the back-to-school season kicks in, according to DRAMeXchange.

The back half of the year is a seasonally strong one for DRAM demand as OEMs (original equipment manufacturers) start preparing for the holiday season, stocking up more inventory. Therefore, the recent spot price weakness seems seasonal.

Additionally, DRAM demand is set to hit a higher gear in 2017, thanks to an estimated 33% jump in average memory content in smartphones, per research from market intelligence firm TrendForce. Meanwhile, the average selling price of server DRAM used in data centers is rising as demand is exceeding supply.

The DRAM market is witnessing short supply at the moment as the likes of Samsung and SK Hynix are still using older processes to manufacture chips. This is great news for Micron as the chipmaker is already moving to the more advanced 18nm node, while Samsung and SK Hynix will start making the move later in the year.

This gives Micron a competitive advantage that should help it corner more of the DRAM market and take advantage of the tight supply. More importantly, DRAM prices should witness secular growth as their use in specialty applications such as graphics cards increases.

For instance, NVIDIA is using Micron's GDDR5X DRAM in its latest flagship graphics card. This could be a big deal for Micron as graphic card shipments are expected to boom in the next few years, and NVIDIA leads this space. IC Insights forecasts that the various catalysts will boost memory shipments at an annual pace of 5.6% until 2021.

The valuation shouldn't be a concern

Micron currently trades at a price-to-earnings ratio of 45 but potentially strong earnings growth over the next year puts its forward P/E multiple at just 5.6. This isn't surprising as analysts see Micron's earnings jumping from just $0.06 per share in fiscal year 2016 to $4.28 per share in fiscal 2017, which ends in September. What's more, Wall Street expects the bottom-line momentum to continue in FY 2018, with earnings predicted to grow to $5.13 per share.

The massive jump was a result of a 6% drop in DRAM bit costs, and the good news is that Micron's bit costs should keep declining as the transition to the 18nm process continues. In fact, investment research firm Susquehanna forecasts that the new process could help Micron cut DRAM costs by 20% per gigabyte.

Investors haven't paid much heed to the recent downgrade, as you can see from the chart below. 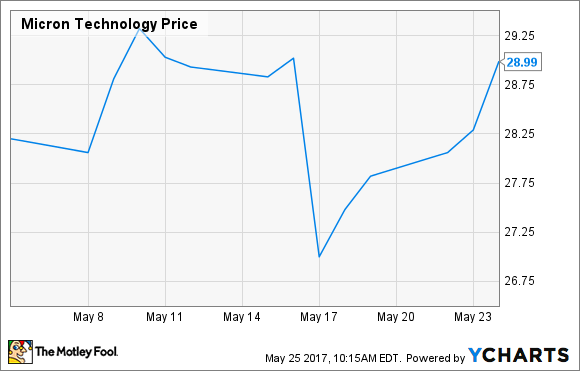 And that makes sense. There is still room for memory prices to grow, while Micron seems well-placed to reduce costs thanks to an advanced manufacturing process that will create a positive impact on its earnings and help drive more upside.