Robotic-surgery specialist Intuitive Surgical (NASDAQ:ISRG) has delighted investors with market-beating returns in 2017 and even stronger gains over the long haul.

Where can investors find the next extreme growth stock to match Intuitive Surgical's fantastic performance? We asked a panel of The Motley Fool's top contributors to share their best ideas. Read on to see why they selected erstwhile Intuitive rival Mazor Robotics (NASDAQ:MZOR), memory-chip veteran Micron Technology (NASDAQ:MU), and a medical joint venture between Johnson & Johnson (NYSE:JNJ) and Alphabet (NASDAQ:GOOG) (NASDAQ:GOOGL). 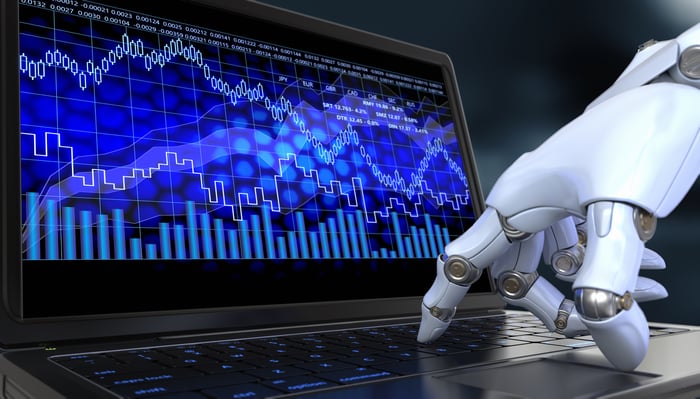 Leading the next generation of robotic surgery

Chuck Saletta (Johnson & Johnson and Alphabet): Intuitive Surgical is the biggest current player in the robotic-surgery space, but Verb Surgical could give it a run for its money. A joint venture between Google's parent company, Alphabet, and healthcare titan Johnson & Johnson, Verb Surgical may be tiny today, but it has incredible potential in the future.

As it's a joint venture between those two companies, investors in either or both parent don't get the "pure play" of Intuitive Surgical, but they do get the deep pockets of two incredible titans of their industries. Verb's strong growth probably won't start until 2020 or so once its products hit the market, but the company's recent prototype demonstration showed great promise for its potential.

What makes Verb different is its multifaceted approach to robotic surgery. The company is incorporating machine learning, analytics, visualization, and instrumentation as part of its robotic surgical platform,attempting to leapfrog the current standard set by Intuitive Surgical. If it's successful at integrating all that advanced information technology with the mechanical brilliance that is already expected of robotic surgery, int can drive the next revolution in surgical excellence.

There's already some evidence that intelligent automation can potentially enhance surgical outcomes.  If Alphabet and Johnson & Johnson can combine their best-in-class expertise in medicine and data via Verb Surgical to improve robotic surgical outcomes, the potential growth is stupendous, indeed. 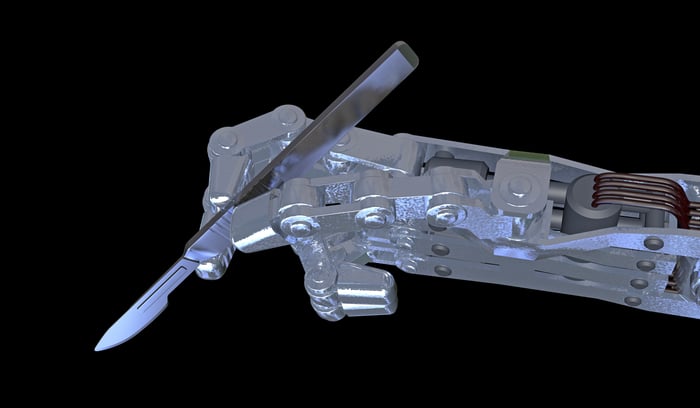 Brian Feroldi (Mazor Robotics): While Intuitive Surgical's da Vinci system is impressive, the real reason for the stock's success thus far is its ingenious business model. Intuitive makes a pretty penny on the sale of each da Vinci system, but the real profits flow in through the sale of one-time-use instruments and service contracts. These ancillary products are recurring in nature and offer a high margin, so as Intuitive's worldwide base of installed machines grows, so do its revenue and profit.

One company attempting to duplicate Intuitive's success is Israel's Mazor Robotics, whose Renaissance guidance system specializes in spine and brain procedures -- a part of the market that Intuitive's da Vinci system doesn't address. The device aids surgeons with the placements of implants, leading to reduced complication rates and levels of post-surgery pain. Just like Intuitive, Mazor's robot also requires the purchase of high-margin instruments and accessories, so it's also poised for financial success as its network grows.

While Mazor is still a speculative investment, I'm comforted that medical-device giant Medtronic has decided to partner with the company to help get the word out. The early signs show that this partnership is paying off, which could mean that growth in Renaissance sales is about to take off. If so, then my fellow Mazor shareholders could be in a position to reap even more substantial financial rewards from here. 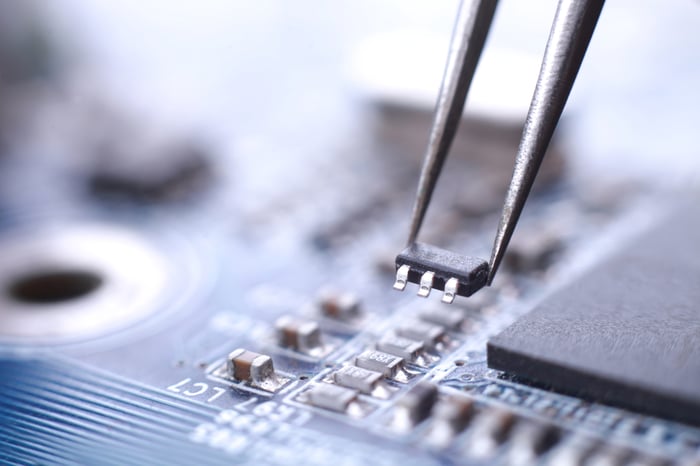 Anders Bylund (Micron Technology): Like Intuitive Surgical, Micron Technology has been stomping the market so far in 2017. The memory-chip maker's returns stand near 35% year to date, close on the heels of Intuitive's 44% gains.

I own both stocks, but for very different reasons. Intuitive Surgical is my preferred play on the healthcare market for years to come, a unique combination of innovation and steady business in that space. Don't expect to see me close or even reduce that holding anytime soon.

Micron works in a much more cyclical industry, and there's a huge upswing currently in progress. After years of brutal price wars, memory-chip prices have not only stabilized but also started to rise. That's about as common as hens' teeth in this sector.

Riding that highly positive trend -- which Micron had a hand in creating in the first place -- the company delivered 58% year-over-year sales growth in its most recent earnings report. Bottom-line earnings turned positive in December's first-quarter report, and the last four quarters have squeezed $4.7 billion of EBITDA profits out of $14.7 billion in top-line sales.

XPoint sales plus the memory industry's newfound pricing strength add up to sustainable share price growth another few quarters. I'll be keeping an eye on the pricing picture going forward, because the current stability will not last forever. The next time memory prices start to dive again, I might take some of my Micron profits off the table.

But until then, there should be plenty of solid returns left on the table. I might not own Micron forever, but I do expect the stock to provide me with stronger returns than Intuitive Surgical for the next year or two.