Overall video game software sales were down 20% year over year in May, but these three titles posted impressive performances. 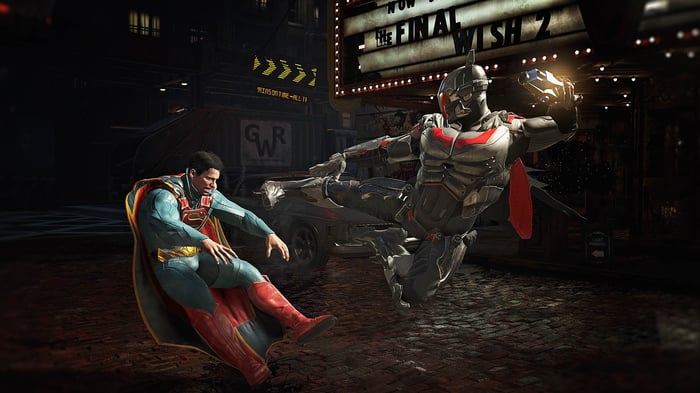 For Time Warner, the successful launch of Injustice 2 is yet another sign that its video game unit and intellectual properties are a powerful combination. The company's recently released fighting game featuring DC Comics characters has received strong reviews from critics, and is being praised by game fans for featuring a large amount of content. The favorable reception for Injustice 2 points to the likelihood of strong continued sales and demand for the game's upcoming downloadable content expansions. It also bodes well for future franchise installments and other video games featuring DC characters.

The ongoing success of Mario Kart 8 Deluxe, which debuted and claimed the top sales spot in April, is great news for Nintendo. The game is an updated version of Mario Kart 8, which launched on the company's Wii U system in 2014, meaning that development costs to bring the game to the Switch console were likely very low and that the game will be hugely profitable. The success of Deluxe suggests there could be strong demand for other similarly high-margin Wii U ports.

Rounding out the top three, Take-Two Interactive's Grand Theft Auto V continues to show incredible staying power. The company has been expecting the game's performance to see significant drop-off for a while, but it continues to beat expectations. Considering that the first versions of the game launched in 2013 and that the title had shipped over 80 million copies as of the publisher's last quarterly report, guiding for slowdown makes sense, but it looks like the title will continue to beat targets. Sales for the base game are also likely to translate to new digital content sales for GTA V's online mode; those sales are very high-margin, and the driving force in the company's increasing profitability.